In my efforts to bring back the personal posts, I’ve got some random thoughts for you today. Happy Friday! 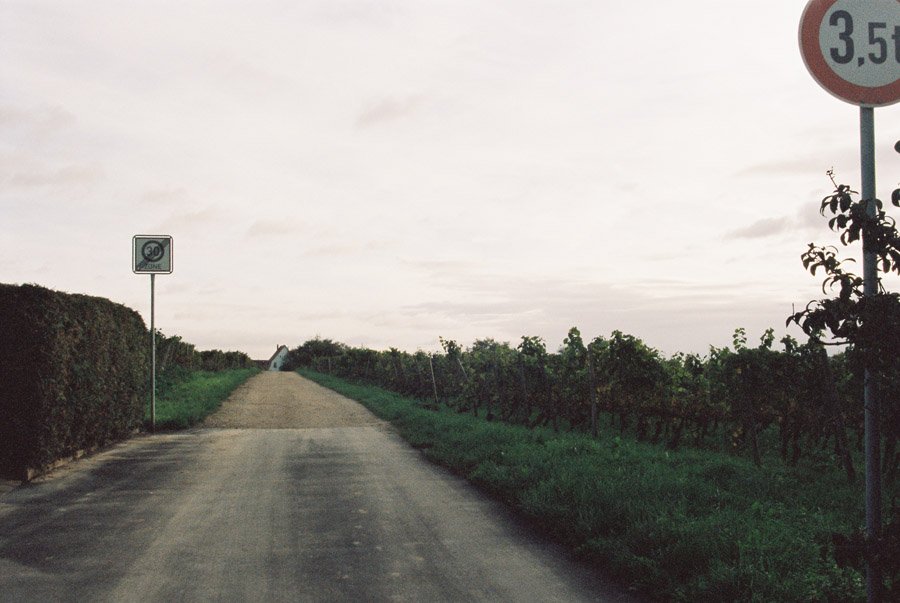 My mom had a huge Minolta camera when I was growing up. She’d take pictures of us on vacation and we’d laugh over the images, months later, when we finally got them developed. My first camera was a small Olympus 35mm. I loved that camera, and it was my gateway to photography. Using that camera, I won my first awards. That camera broke when I was 17, and shortly after, I switched to digital. It would be almost 3 years before I used a film camera again.

Today I shoot most of my film on my Nikon FG-20. It’s a standard SLR 35mm camera, I bought it off Ebay for around $40. I don’t want you to think you need a fancy camera to try out film. There are some great film cameras out there, and I don’t think you have to spend a lot to get one. The image is one of my favorite images. It’s nothing special, it would never win an award, and yet it reminds me of the power of photography. I’m standing on the road outside H’s grandma’s house in Germany. Hers is the last house before these vineyards, just off to the right of the photo. It’s early in the morning on a gray October day; I was just about to go to the train station and head to Munich. Right before I got in the car, I took this one quick snap. The great thing about film is that you have to wait for it. When you finally get your images back, it’s like experiencing your adventures all over again. 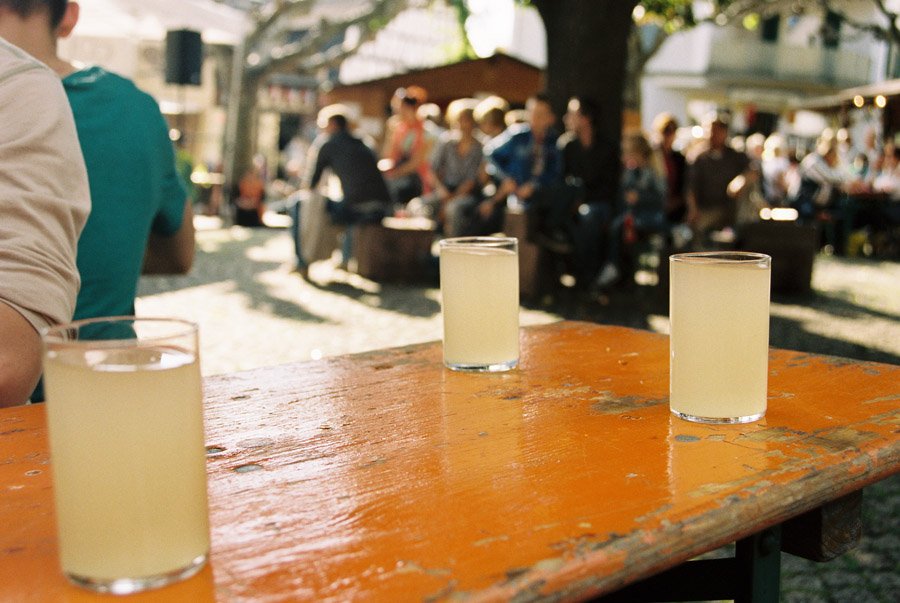 I’ve been working hard to post more often, and while it’s been a struggle since I spent the long weekend fighting a cold. Me, who never gets sick, has been sick twice in 2015. Not cool. Last Friday, I announced my 2015 Wedding Photography Giveaway. I’d love for you to share it with others. And I also posted this sweet couple’s session on Wednesday, and in my cold haze, never said anything about it. Oops!

Today I’m feeling better, which is good, because I have a newborn/family session and I couldn’t be more thrilled! I love seeing my friends and clients having beautiful babies. 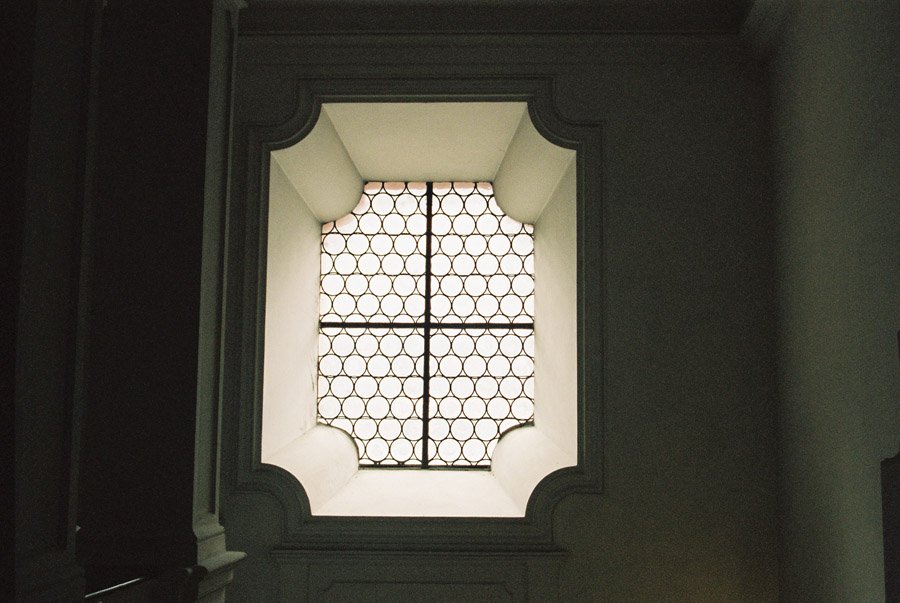 Self Portraits on Film:

Below was my second self portrait. I think I look absolutely ridiculous, but I’m really proud of how I was able to get this all set up with no one around to stand in. I had to estimate where to focus and then went for it. Can you tell that it was crazy windy? My hair is practically standing straight up! And my timer is off a little, I think, but I still love this because it was taken in Munich.

As an aside: everyone is always talking about shooting digital “for the film look” but here’s the thing: this is film. This is film that I had scanned and then did NOTHING to it. These colors are still rich, although the skies seem a bit more pink than I remember, the colors are still rich, especially on a gray day. It all depends on what you’re using for film. And I know that there are a lot of photographers out there trying to emulate film with digital (it’s cheaper, it’s faster, I get it), but you can’t fake the fun of waiting for a silly self portrait (that was the last frame, so I wasn’t even sure it would come out. Anyone else remember that feeling?) when you get your scans/prints back. 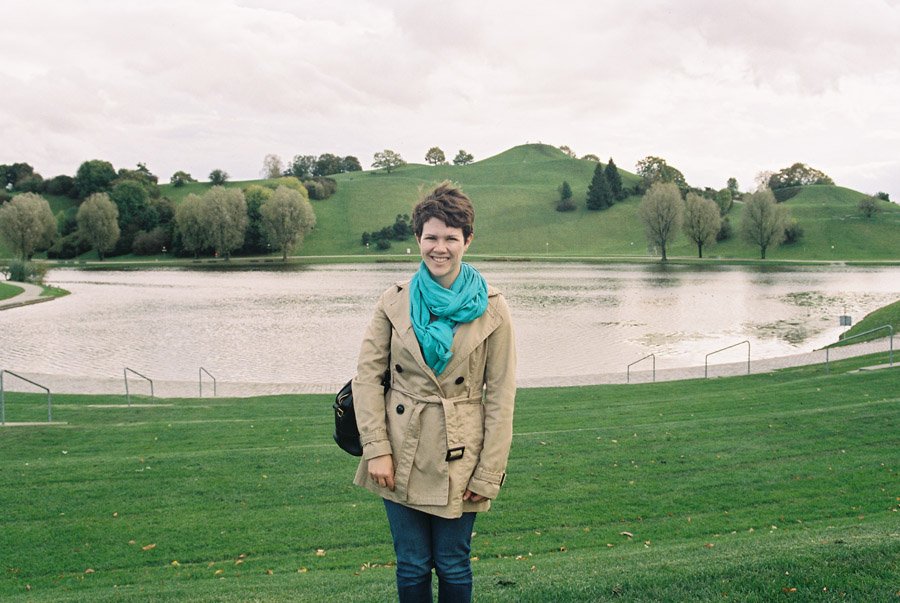 Happy weekend everyone! What are you up to?