I’m having a moment where I can’t believe that it’s July, that this week marks four years since we moved back to Spokane, and that June is long gone.

We took it pretty easy in June, and did a lot of hanging out around the house, soaking up the nice weather, and going for walks. I’ve been trying to use my phone less, so I don’t have as many photos, but I did find a few for our recap.

1. I was scrolling through my phone early in the month, and saw the photo I’d taken with N when she was just three weeks old, so I decided to replicate it. I’m even wearing a similar outfit (an Everlane tee and black running pants. Basically, my work from home uniform).
2. We started practicing our back carry in June, and are now regularly back carrying. On Sunday, we went up to Eleven Acres farm on Greenbluff, and picked raspberries, while baby wearing. I seriously don’t know how we would have done it otherwise! 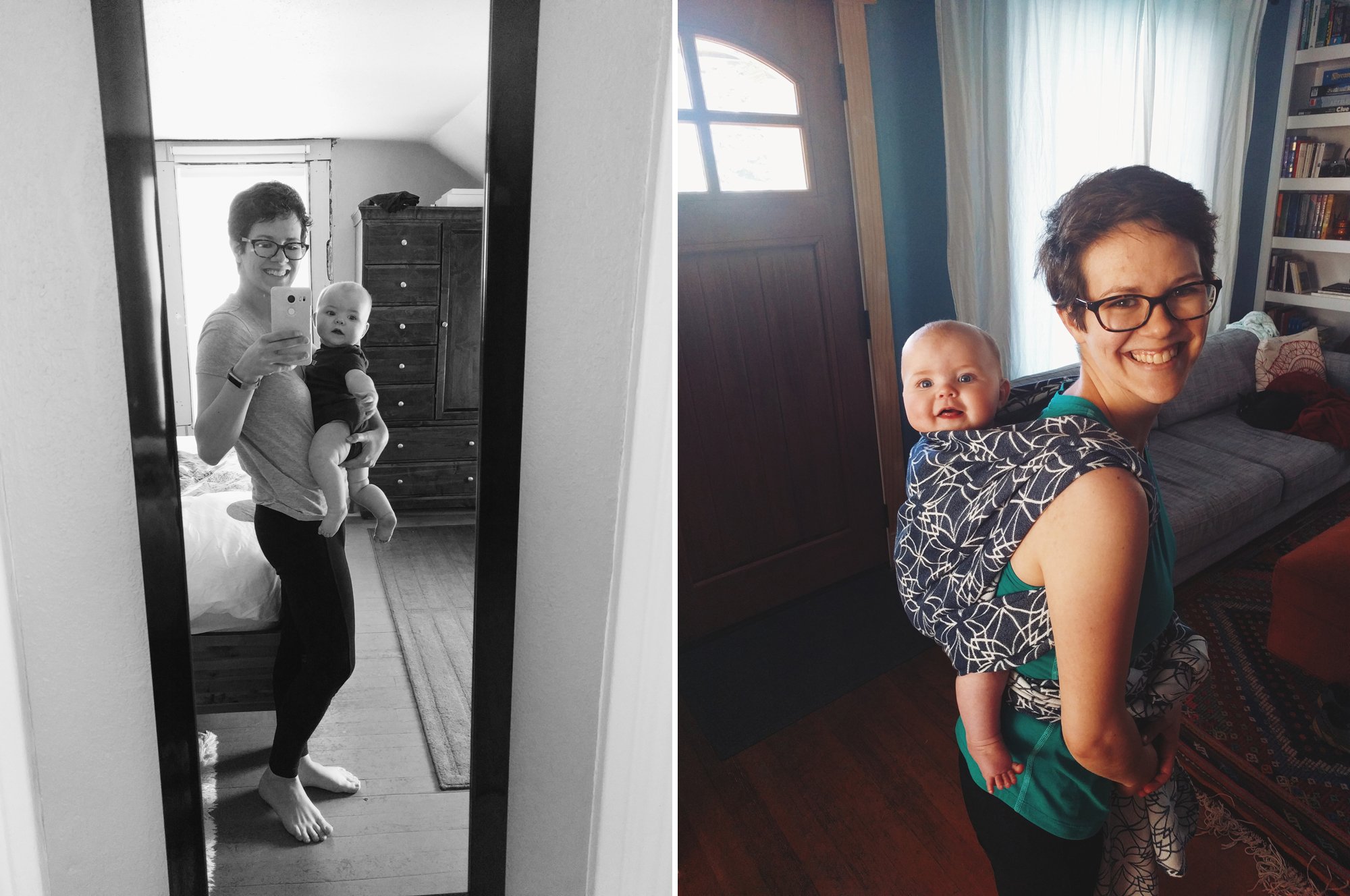 3. Continuing our theme of recreating photos from December: on the day that N was born, I spent the morning at the car dealership. I took a photo in the full length mirror in their bathroom. So, when I got my oil changed the day before N’s half birthday, we recreated the photo.
4. Cloth diapers make for fun little bums under summer dresses! 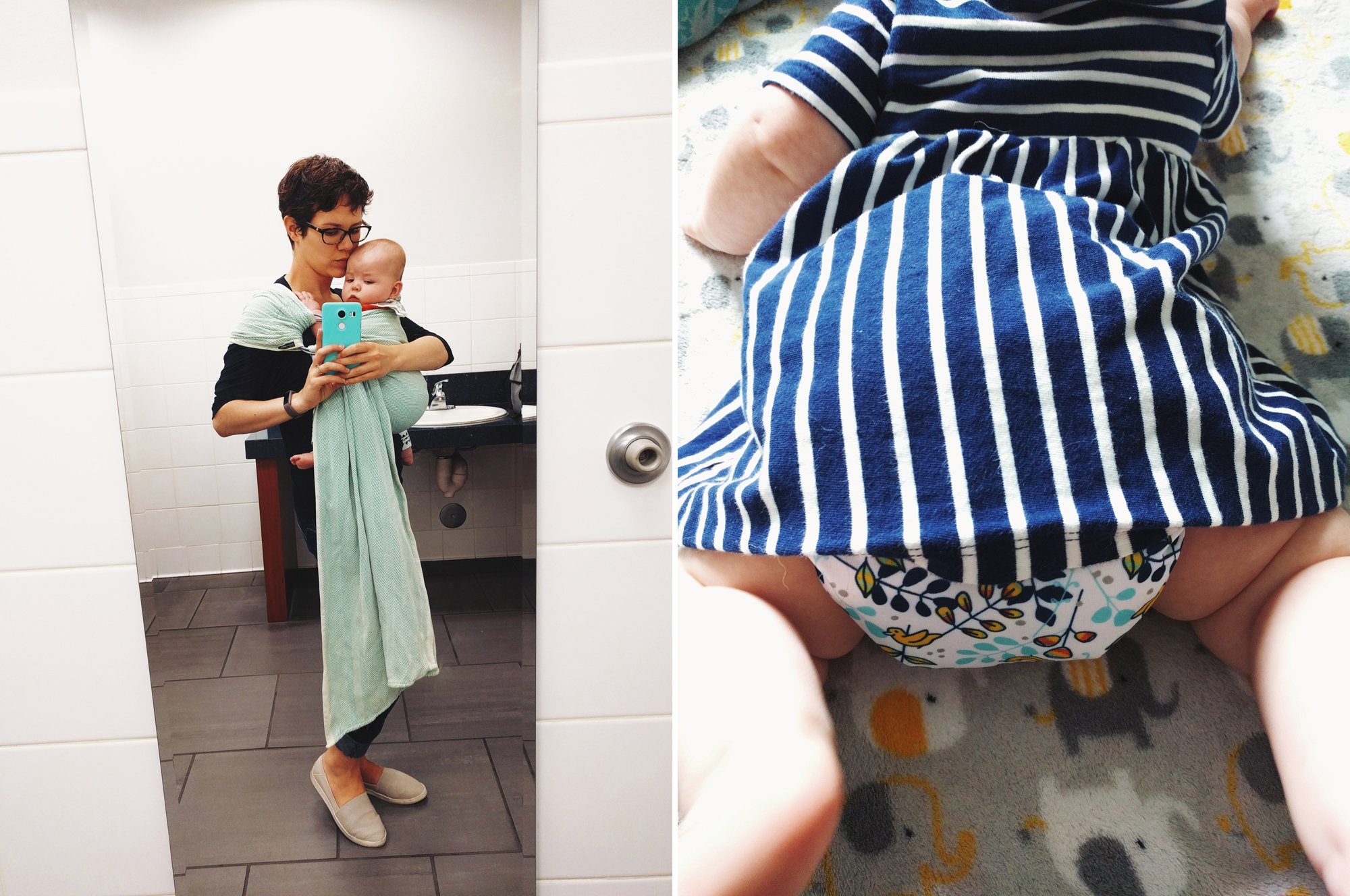 5. Lola has been getting a bit tired of having her tail snagged by tiny little baby hands. [N loves our pets. She squeals with joy when she sees them.] so she took to hiding on some of the blankets I had tucked on the bottom shelf of the bookcase. Poor kitty.
6. Shadow, on the other hand, thinks that this whole food thing is the greatest. He’s more than happy to help clean the floor up after dinner. Lately though, N has gotten better about not throwing all her food on the floor, which has made him a bit sad. 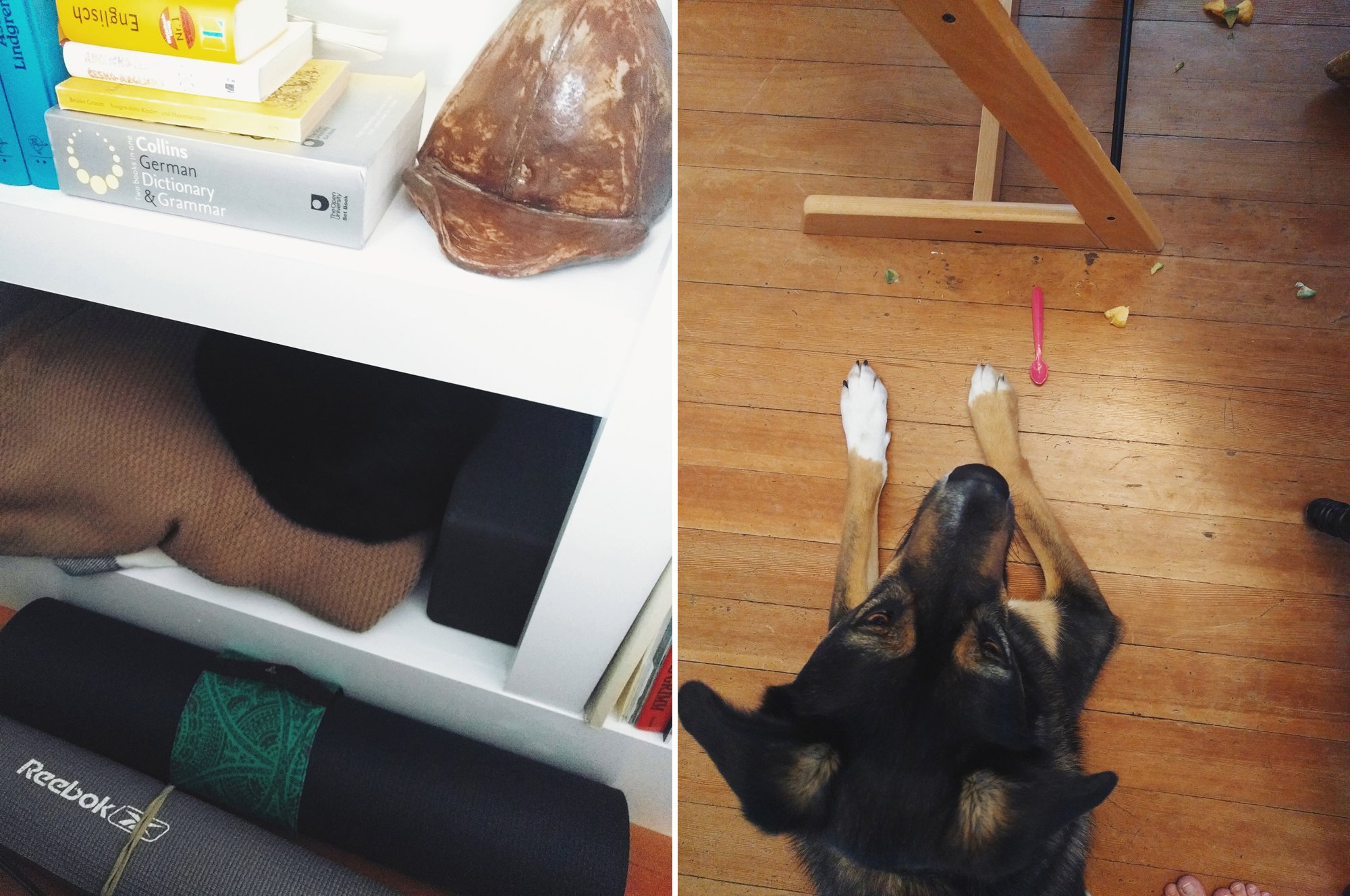 7. We’ve been hitting up Manito on the regular lately with some friends for stroller walks, and the fresh air has been good for both of us. N naps most of the time, and I get to chat with friends. Win!
8. I’m ever so thankful for venue owners who let me show up early and give me a quiet space to pump. Not every part of motherhood has been fabulous, but I’m so grateful my body has been able to nourish this tiny human for so long!