Oh, hey there. It’s been a while. I had this great idea that I could keep up with blogging while I was on maternity leave, but that didn’t really happen, did it? I wanted to blog so many times, but I wanted the new site to be done first. And now, it is! And I’m back! 🙂 I don’t know why I thought the Monday after Daylight Savings Time would be a great day to go back to work, but I’m here!!

So, let’s start with a personal post – my December & January recap. Spoiler alert — it involved a lot of baby snuggles (and waaaay too much snow). A few days before N’s arrival, Lola and Shadow were almost cuddling on his bed (cameo by my big ol’ belly). The second two photos were taken less than 24 hours apart. The first, I planned to send to my mom, because I was really proud of myself for putting on real shoes – with laces – to get the oil changed in my car. Little did I know, 12 hours later, I’d be at the hospital. The second photo was the view from our recovery room, just after N was born. There hadn’t been any snow on the ground when we went to the hospital.

Little miss and I enjoying some snuggles and skin to skin on her first day, and the view of downtown from the skybridge at Sacred Heart.

We got home from the hospital just in time to watch the MLS final, which the Seattle Sounder’s won! N’s first MLS match in the books, and she wasn’t even 72 hours old. 🙂 I snapped a little selfie with N a few days after she was born, because I had gotten so accustomed to seeing a big, pregnant, belly, and instead, I was holding this tiny little baby in my arms. I still can’t believe it some days! 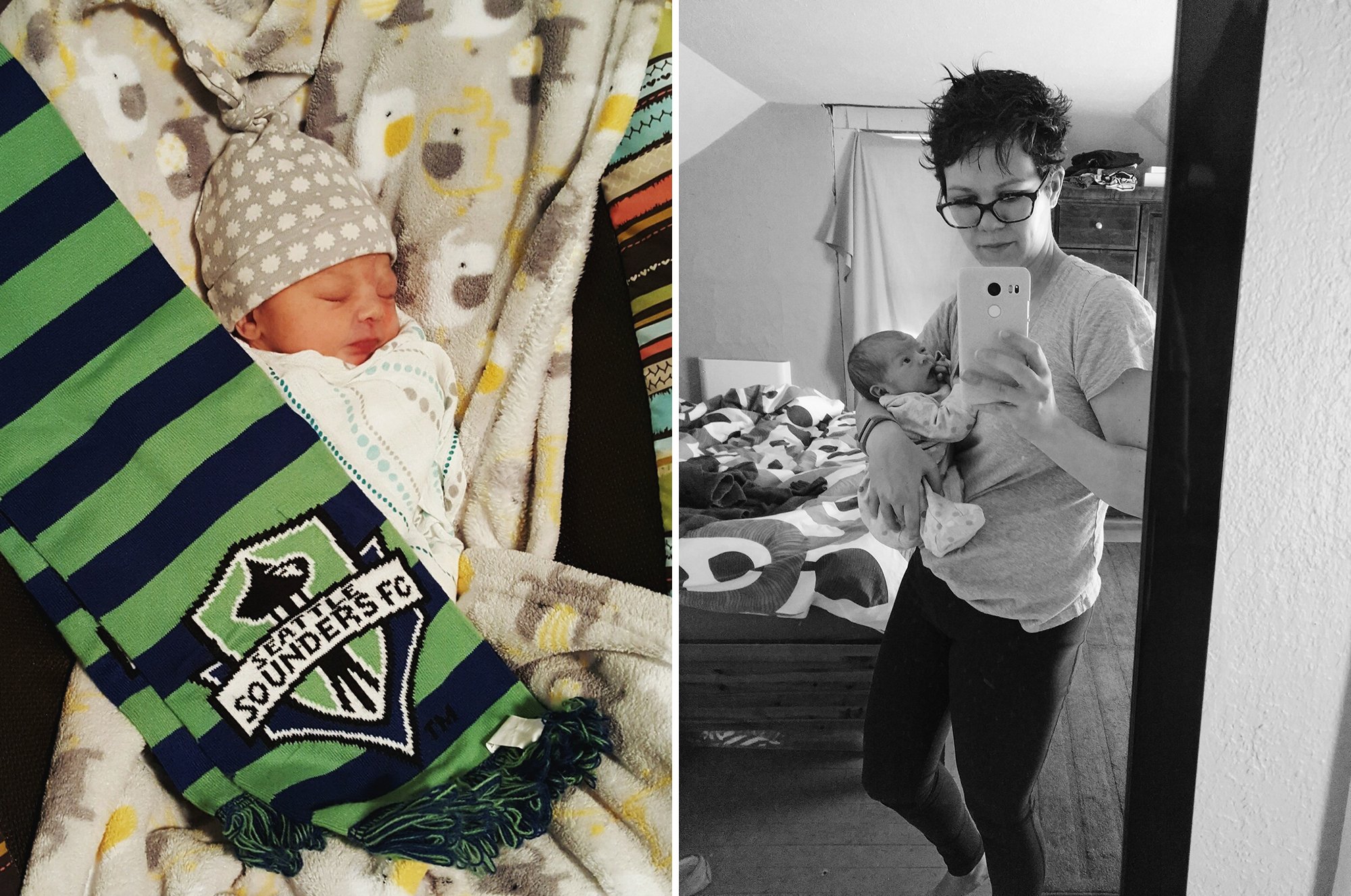 We’ve done a lot of baby wearing in the weeks since N was born. It makes my life 100x easier, and I’m completely addicted to it. We celebrated our first Christmas as a family of three by snuggling on couch and watching a fire video on the TV. Then we started binge watching The Man in the High Castle and I am going to impatiently dream of season 3. Any other good shows I should try and catch?

January was a blur of baby snuggles and shoveling snow. So. Much. Snow. I’m really looking forward to spring, how about you? 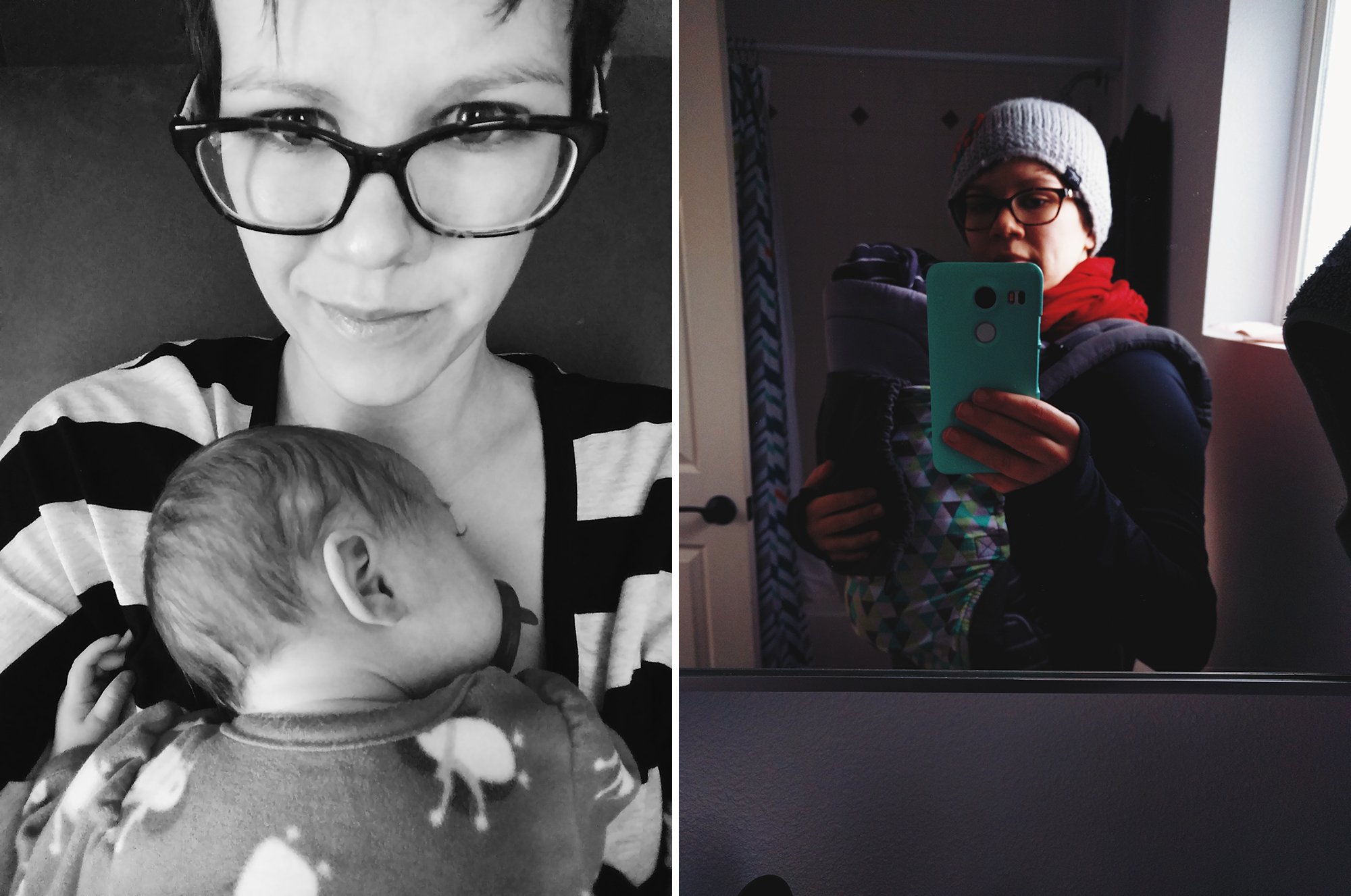 And that’s it! I can’t believe it’s already March, I have so much catching up to do!!