Oh, February. I can’t tell you how many times I looked up plane tickets to warm places like Hawaii or Palm Springs. Luckily for H, they were all too expensive. Otherwise, he would have come from work one day to find that I had taken N to someplace much warmer and with far less snow! 🙂 Last winter was so much easier to handle, because we escaped to Barbados in December. I’m already thinking we need to head to Hawaii next winter. So, if you’ve been there, will you give me your tips??? We’ve never been! [Yes, I know it’s crazy that I’ve been all over the world but never to Hawaii. That’s life!]

In late January, I caved and bought N one of the first – and only – super girly things she has. And uh, it doesn’t even even fit anymore, but the cute little flowers were adorable. Also, it snowed a lot. To the point where I wanted to cry every time it snowed. That view is a lot different now, thankfully!

A selfie with my cutie at her two month appointment, and a snap from her two month photos. It’s crazy to me to take her monthly photos on the same quilt, and see how she’s growing! I know that she’s getting bigger, but when I look at these photos from a few weeks ago, I can’t believe how much bigger she is already!! 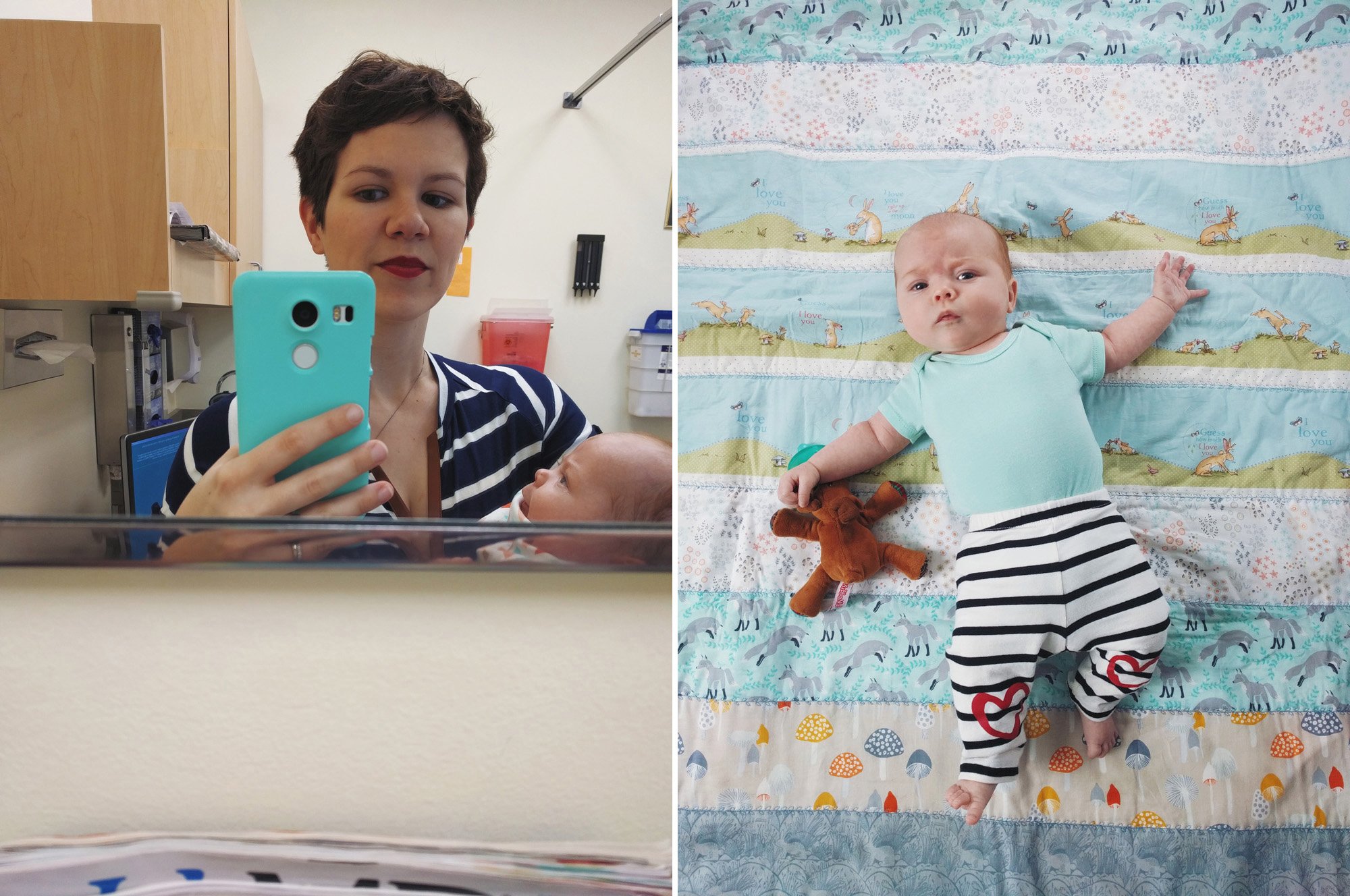 N got her first real set of shots at her two month appointment, and boy, was it rough. First, I’m super lucky that N is a generally really happy go-lucky kid. She’s stubborn and goes from happy to hangry in a hot second, but she’s generally pretty awesome. So, the amount of fussiness after her two month shots nearly broke my heart. We snuggled all day long, and after a day or two, she was back to her usual self. I’m not looking forward to her next appointment, because I know she’ll get more shots! 🙁

N took her first trip to Seattle, which included lots of snuggles with family, learning to use a ring sling, and a 2nd birthday party. She was a total champ and napped like a pro in the car. Since then, we’ve flown to Portland and driven down the Tri Cities. Have baby, will travel! 🙂 When we were over in Coeur d’Alene at Mother’s Haven to take some photos last month, we swung up to Paragon Brewery for lunch. The food was great, and H really liked his beer. N slept through most of it while we took turns snuggling her and eating. 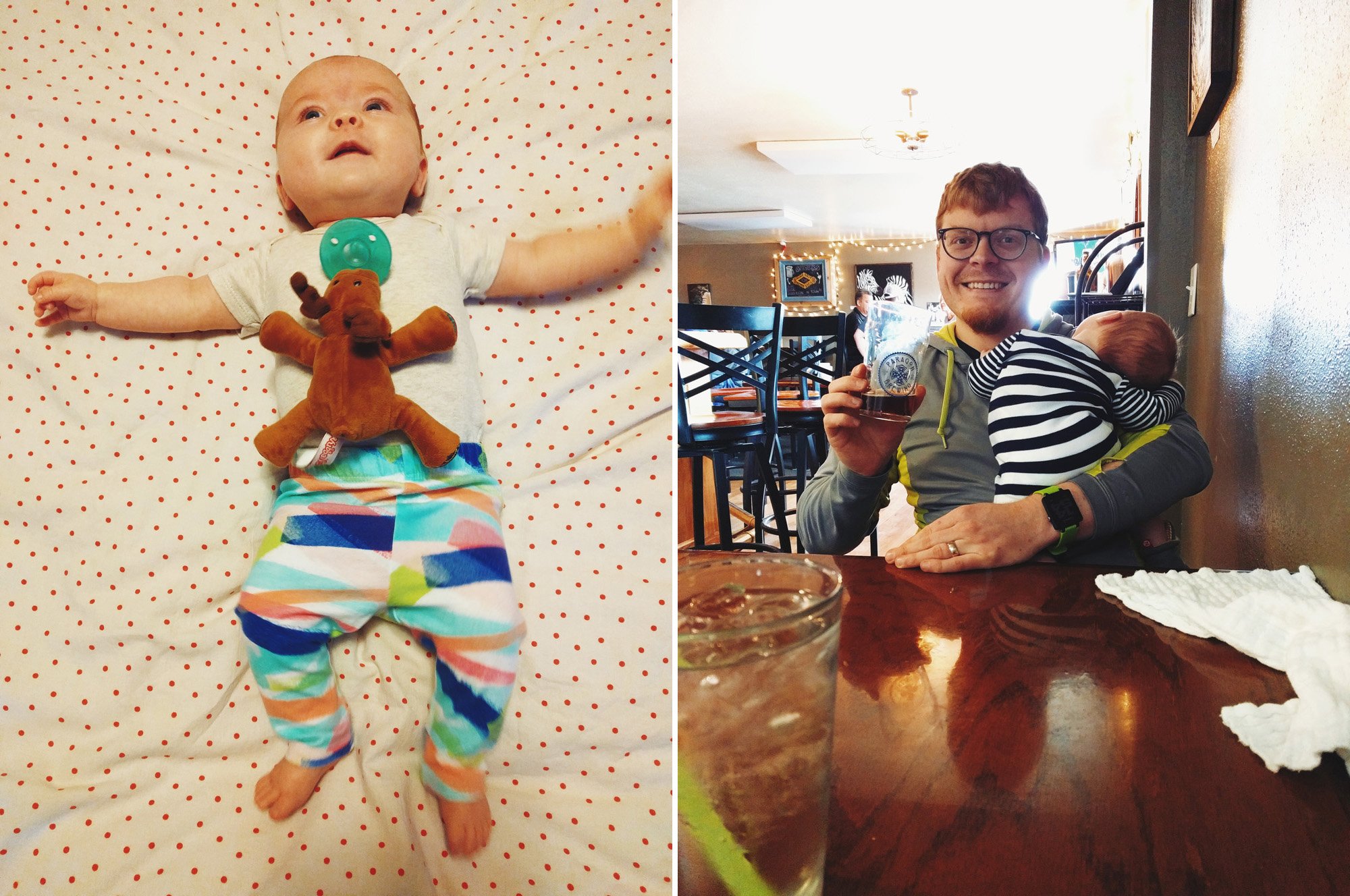 My first shoot back from maternity leave (while still kind of on leave, haha) was to help my friend Amy, over at Inland Mama, announce her third baby. I am impressed by her tandem wearing, but tandem wearing while pregnant?! #momgoals 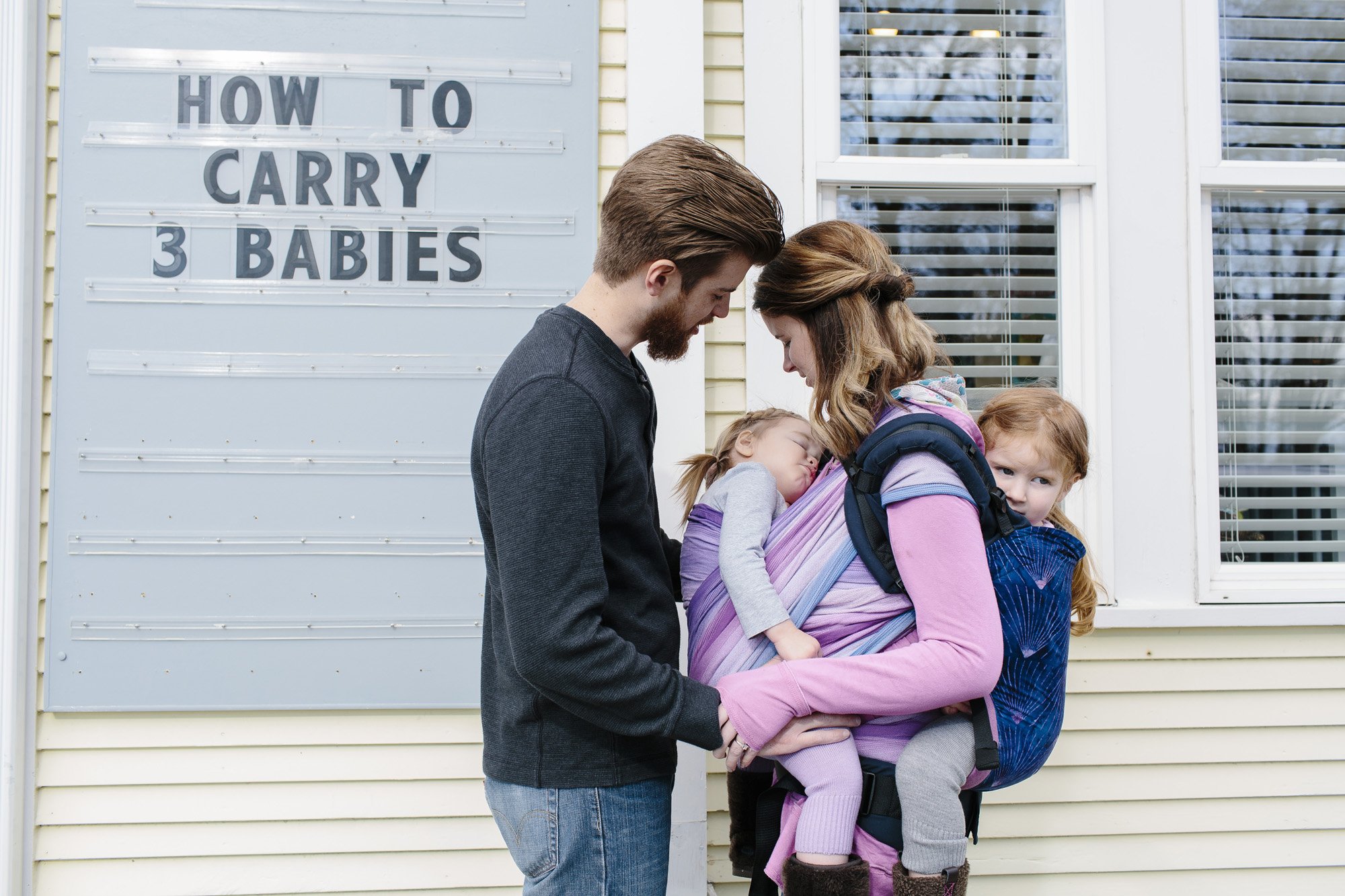 Every February for the past three years, a friend of mine has hosted a private Facebook group where we wear red lipstick all month long. I wasn’t as active as I have been in years past, but I found a couple new shades. I’ve found that red lips automatically make you look put together. No one realizes that you’re not wearing any other makeup if you’ve got a red lip. 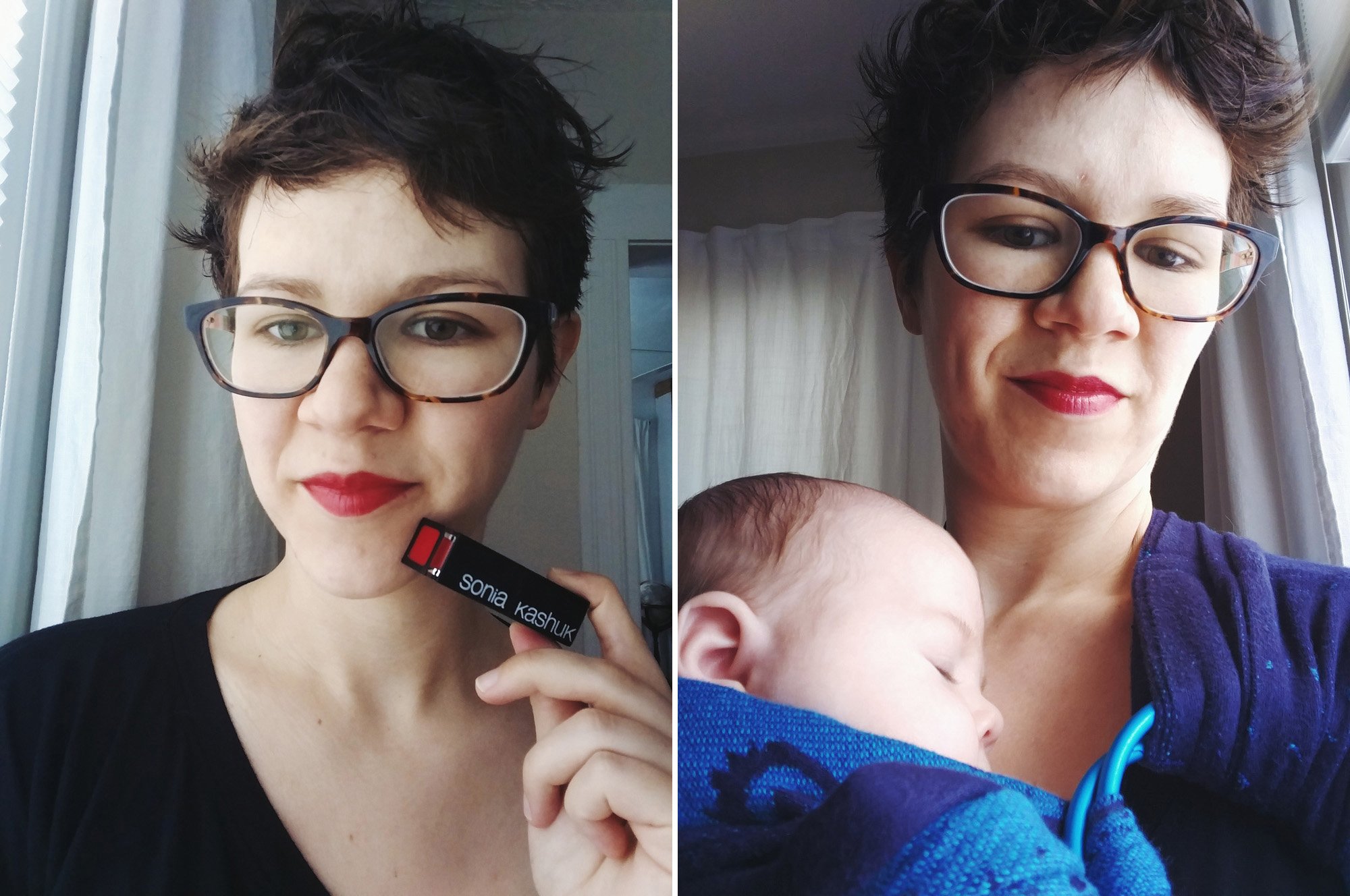 And that’s it! A month of snow, baby snuggles, red lips, and N’s first road trip! I can’t believe yesterday was the first day of spring, and I even did some yard work over the weekend.