The Greek Islands — Mykonos on Film

My dreams of visiting Greece were two-fold. I wanted to go to Athens, a city with so much history, and I wanted to visit a Greek island or two. Which is how we ended up squeezing way too much stuff into a week in Greece.

We were pretty sure we wanted to hit up the Aegean Sea, and ended up settling on the Cyclades. When it came down to it, we decided on Mykonos. H wanted to be able to go to the beach, and I was hoping to get some SUP in (alas, the winds were pretty high and we figured kite surfing was probably not the best choice for a pregnant lady). Crete and the Ionian Islands were also on our short list.

While Athens smacks you upside the face from the moment you arrive with the depth of its history, it wasn’t until our plane was about to land in Mykonos that I felt like I was about to experience a more real part of Greece. Which is a bit silly, since I don’t think I met someone who actually was from Mykonos in the entire time I was there. The entire island survives off tourism, and I guess the island more or less shuts down from November-April. Insane, right? In the end, Mykonos was a great choice for us, especially since May isn’t the party season yet. We weren’t into the nightlife, and when the cruise ships came into port, we were hanging out on beaches on the other side of the island, cruising around on an ATV (you can rent them everywhere, we just asked our hotel to call someone), or taking a day trip to Delos. We spent just a few days in Mykonos, but it was a wonderful thing. Each morning, we bundled up to combat the stiff sea breeze, and had breakfast with a great view of the ocean, and then we’d traipse down to town before the cruise ships started to dock. Then we’d head off on an adventure somewhere. We got lost in the maze of streets and alleys that make up Mykonos Town, chatted with a Greek-American expat who showed me the most beautiful and expensive sapphire ring I’ve ever seen, and ate so very well.

I’ve always been happiest when we’re on an island, and I dream of someday retiring to an island in the Mediterranean or Caribbean. 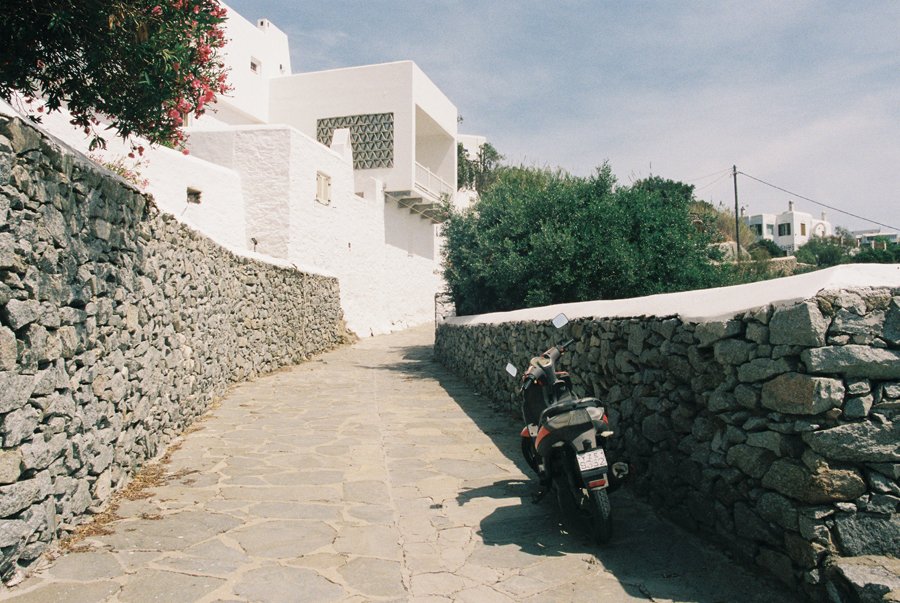 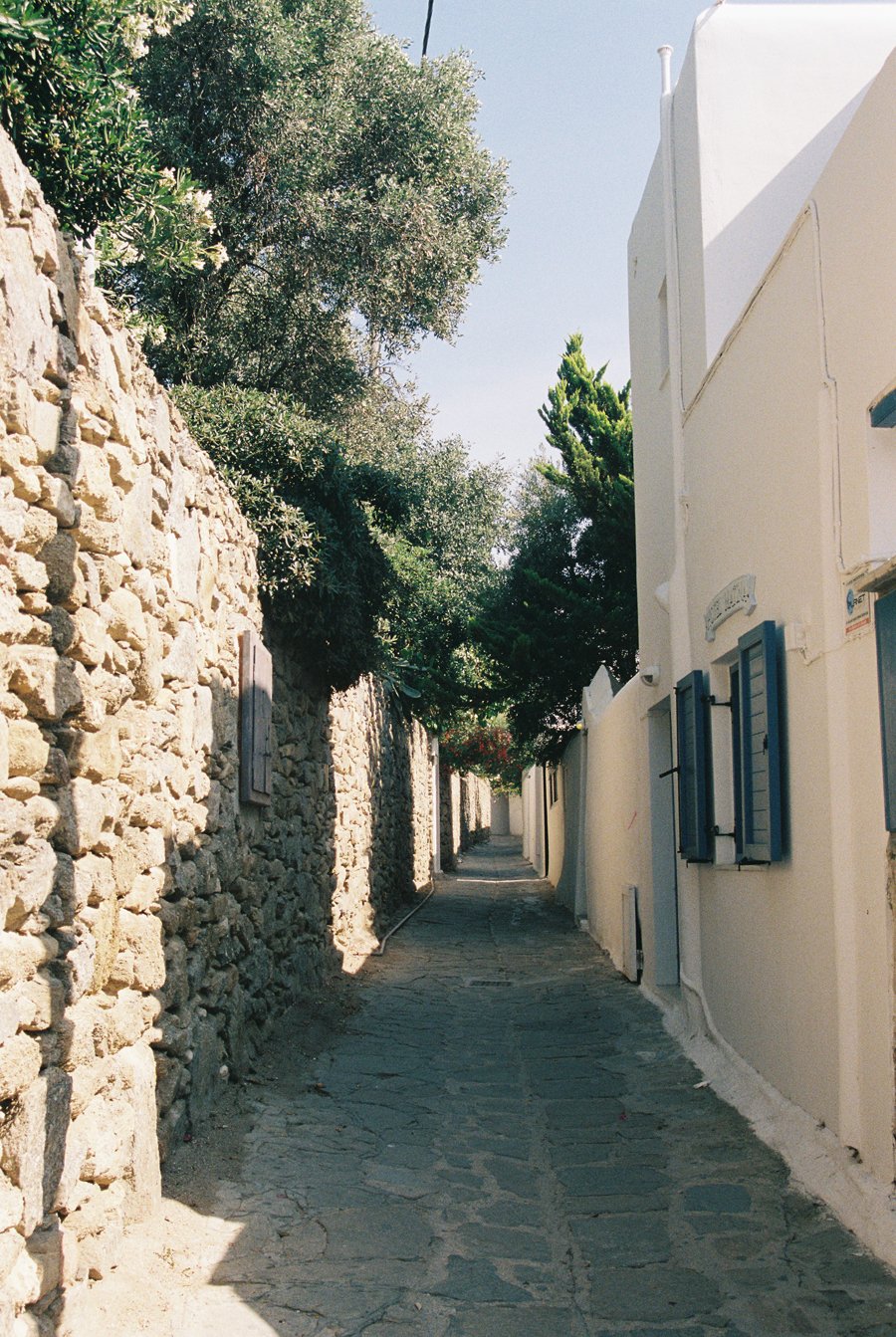 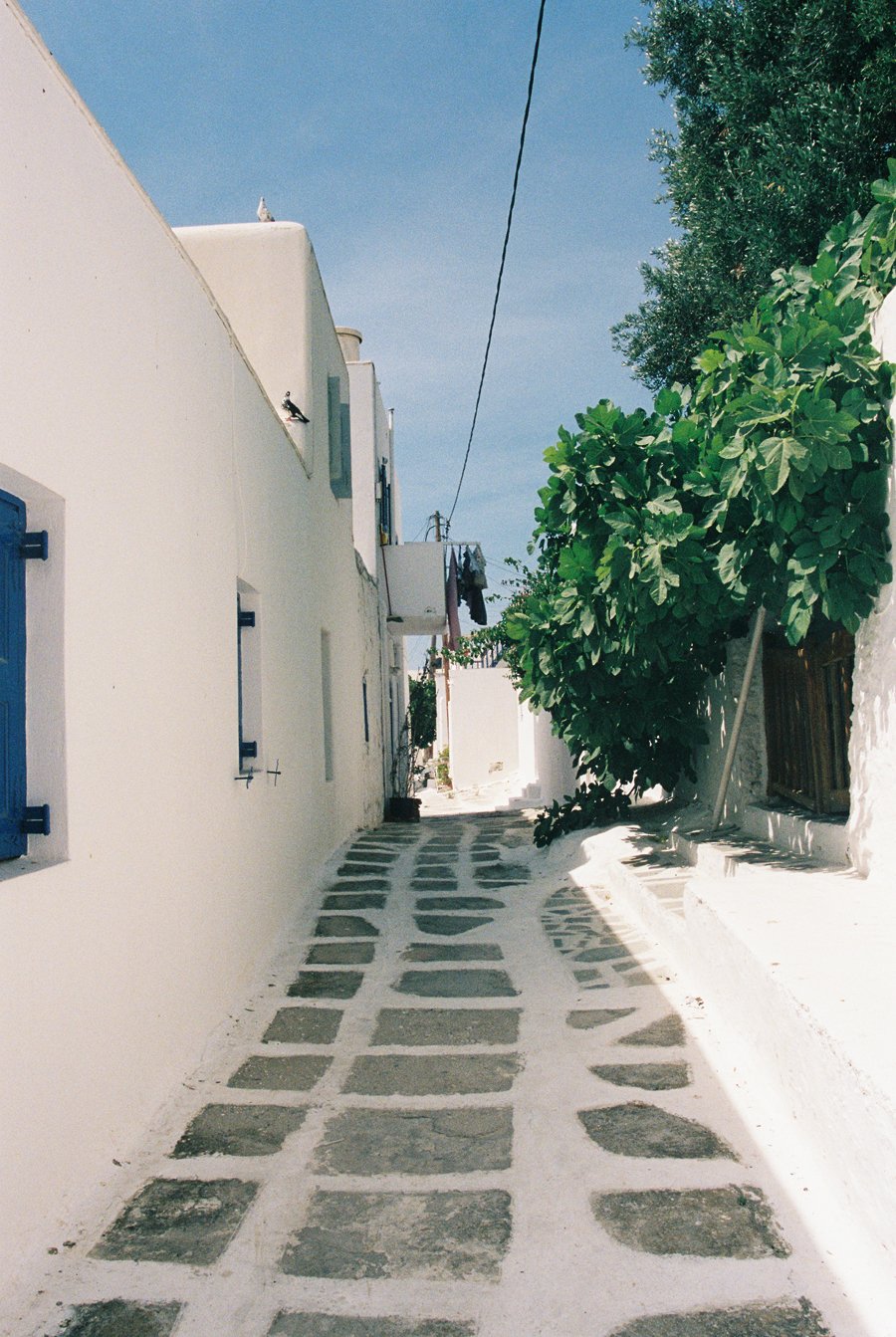 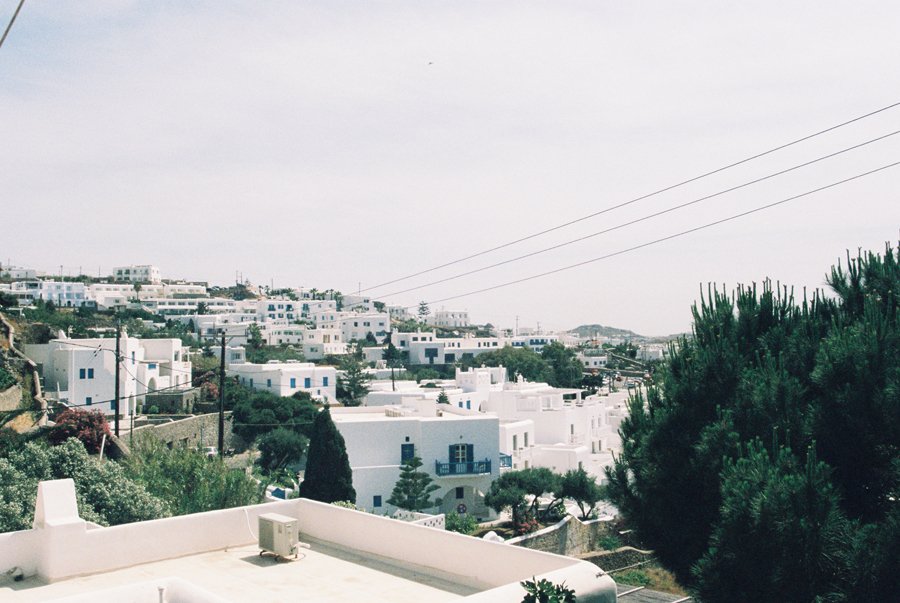 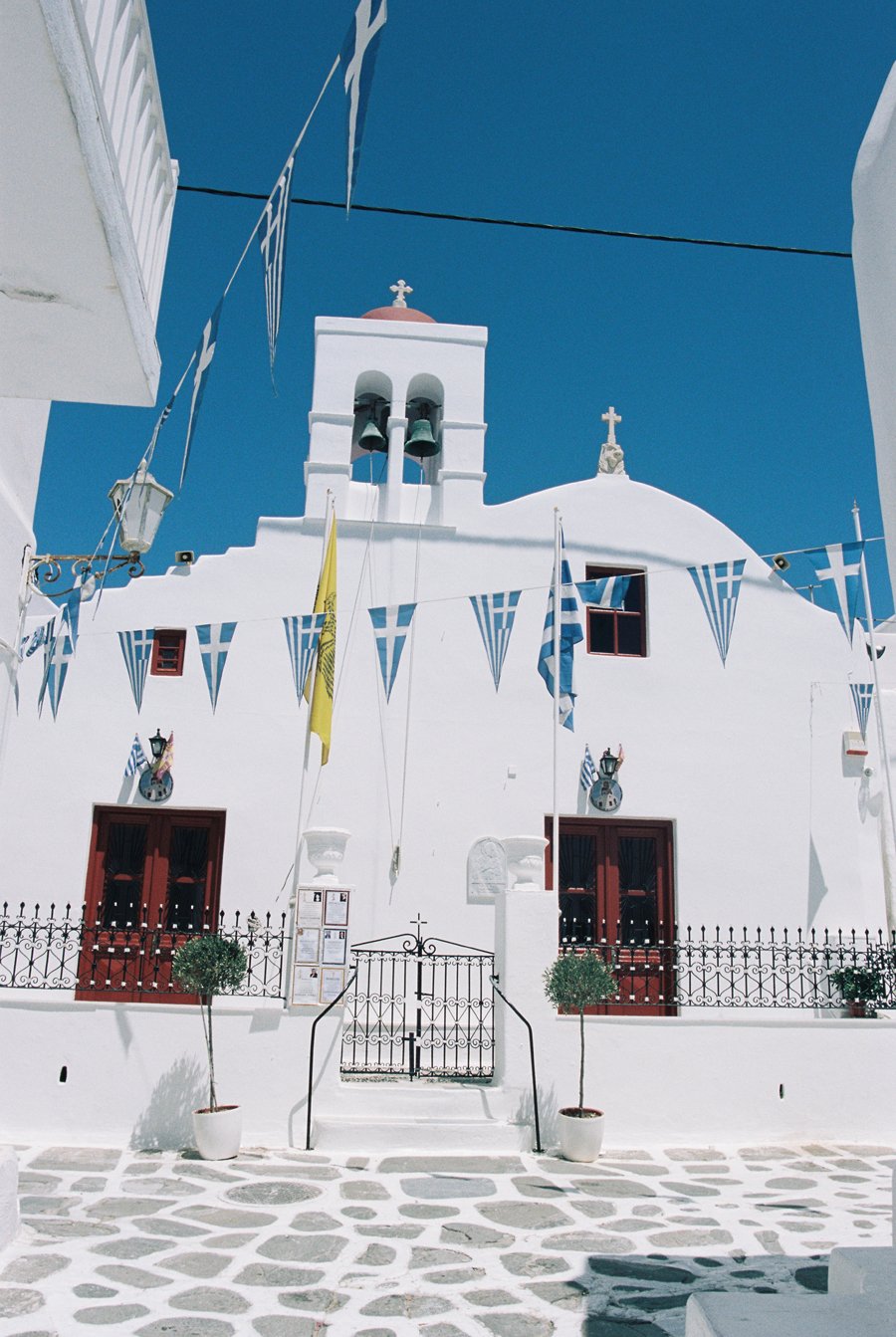 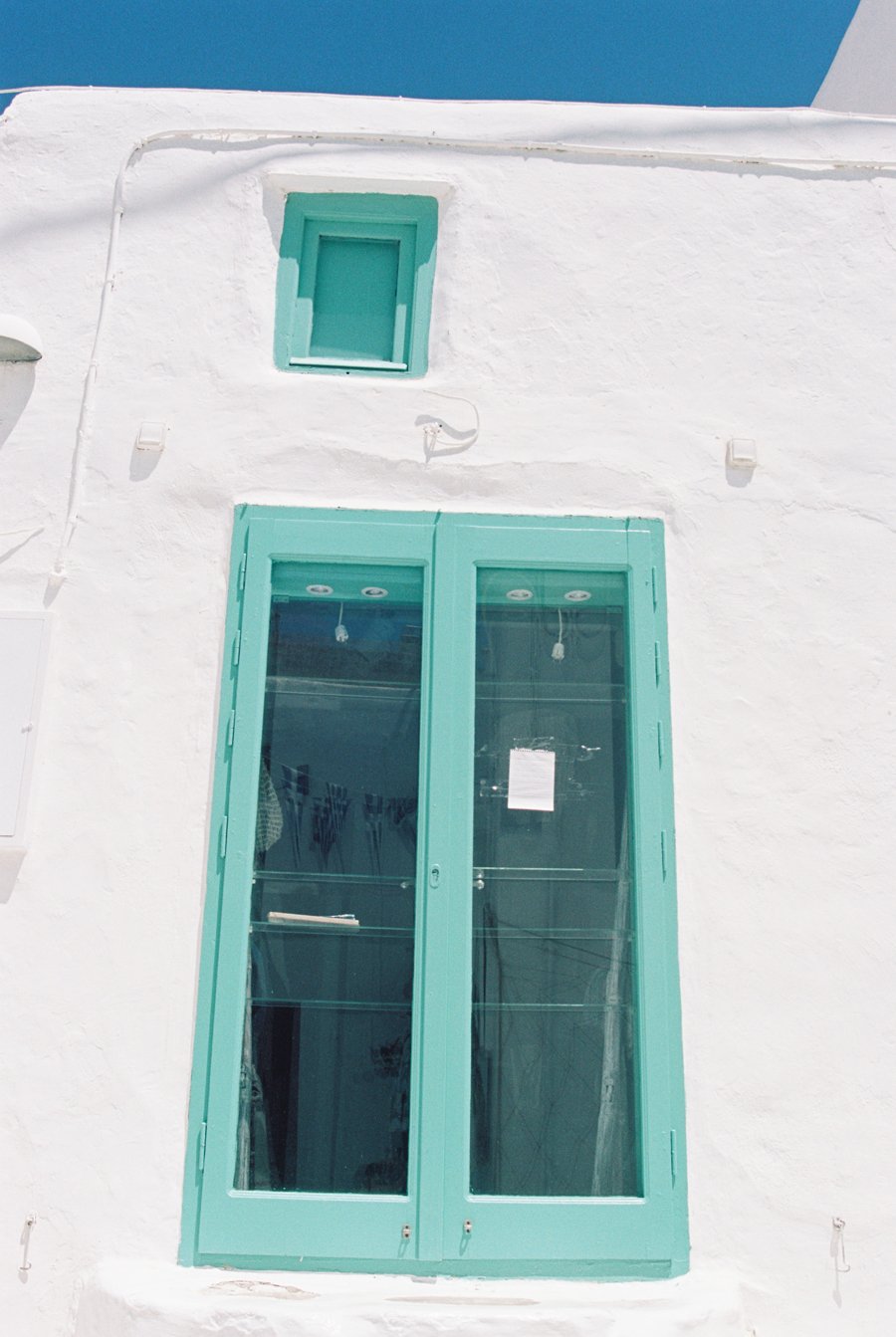 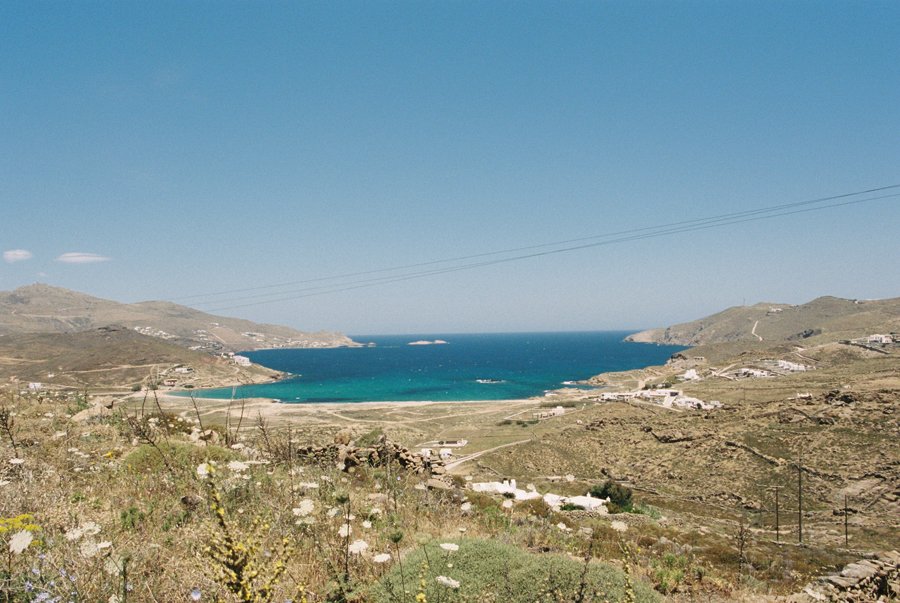 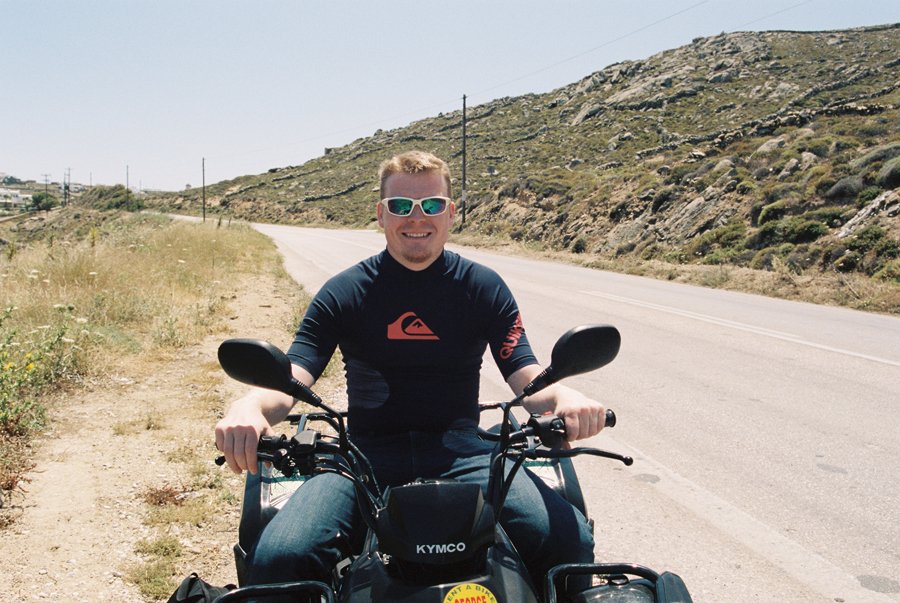 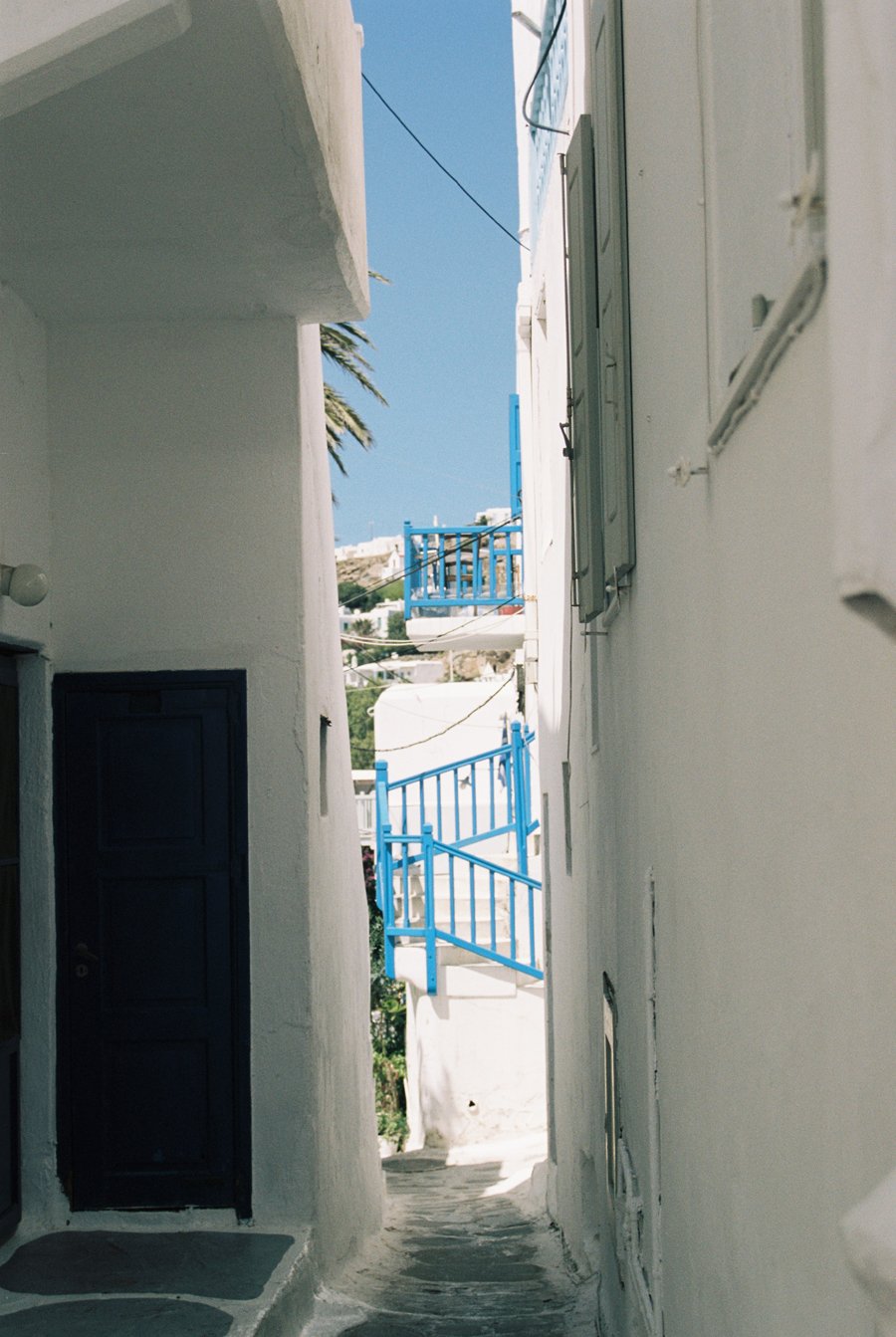 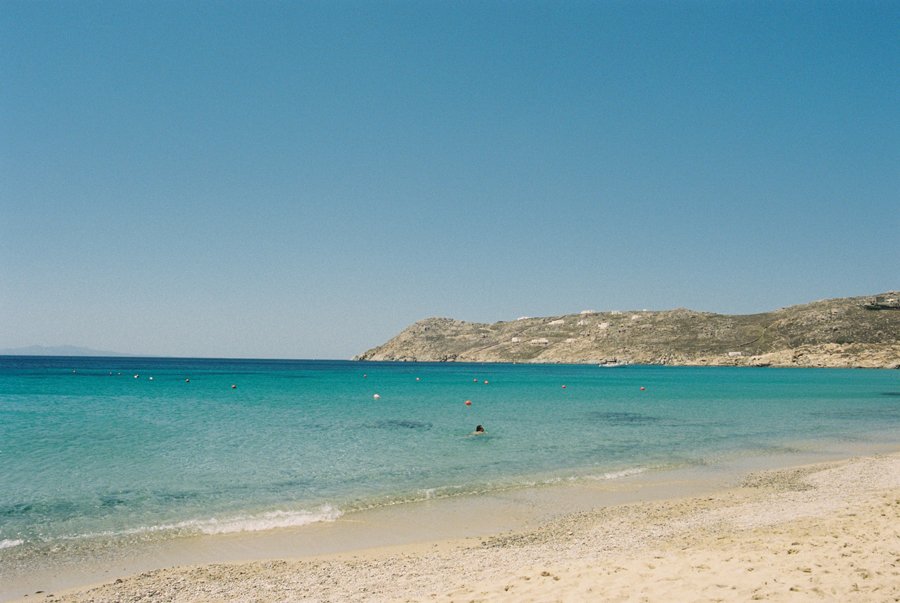 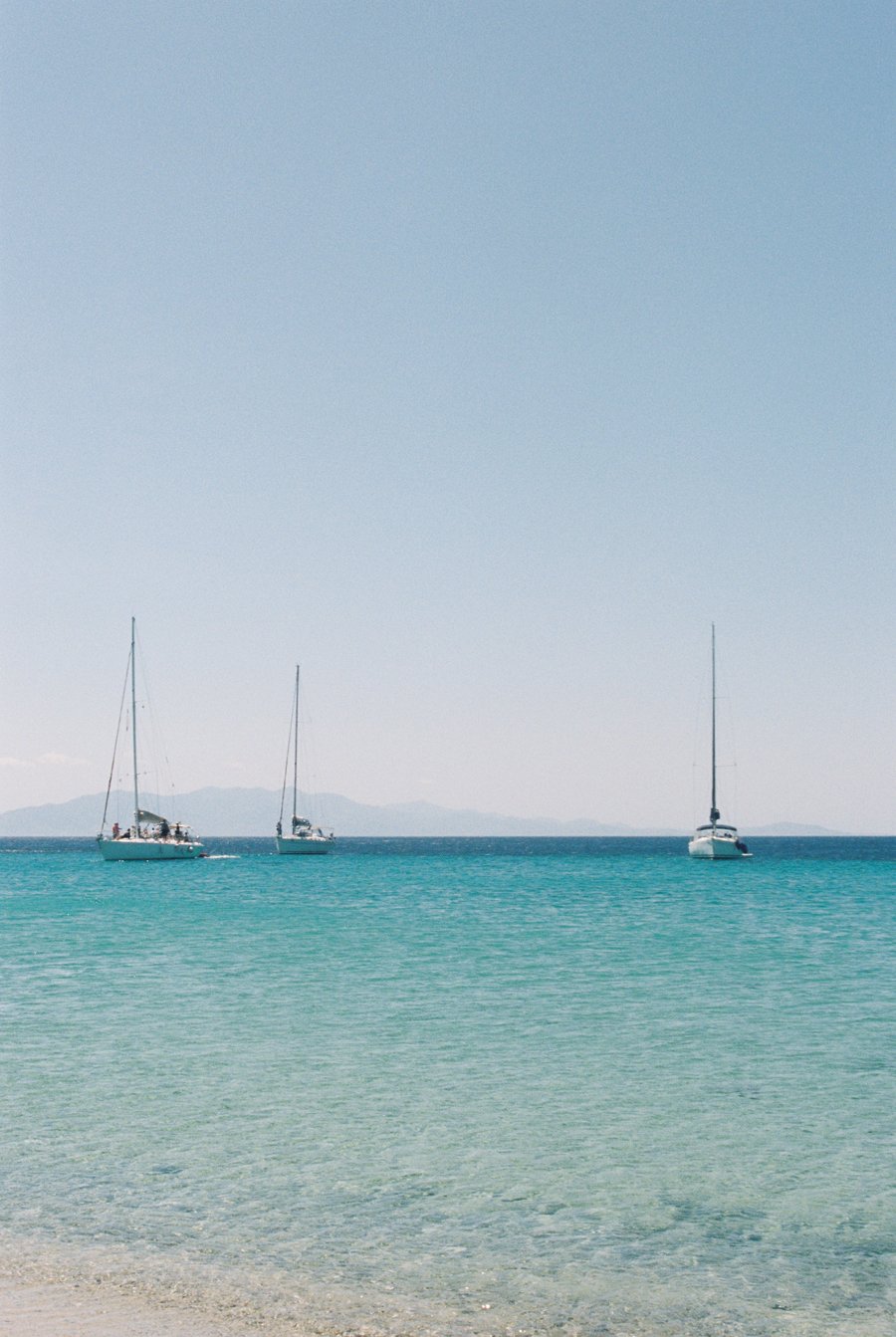 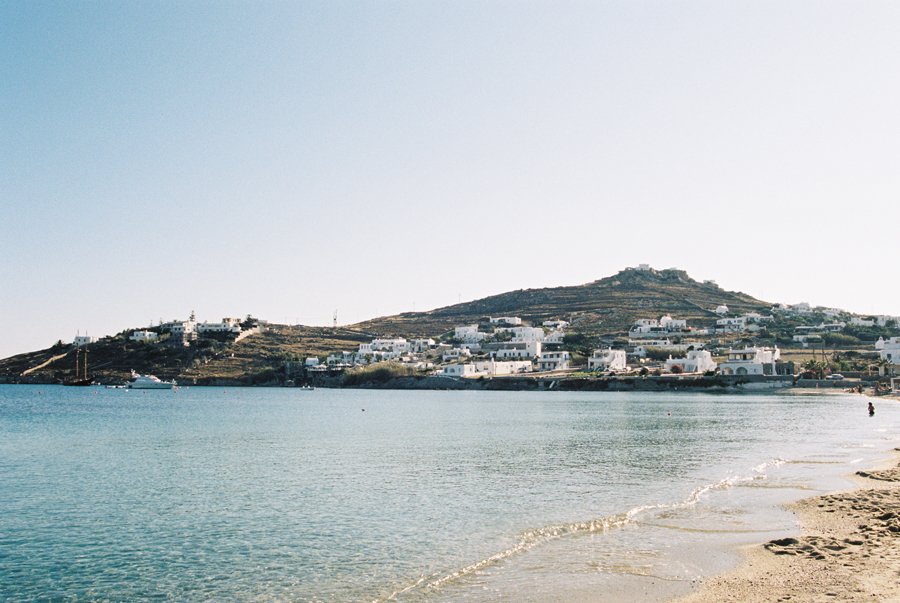 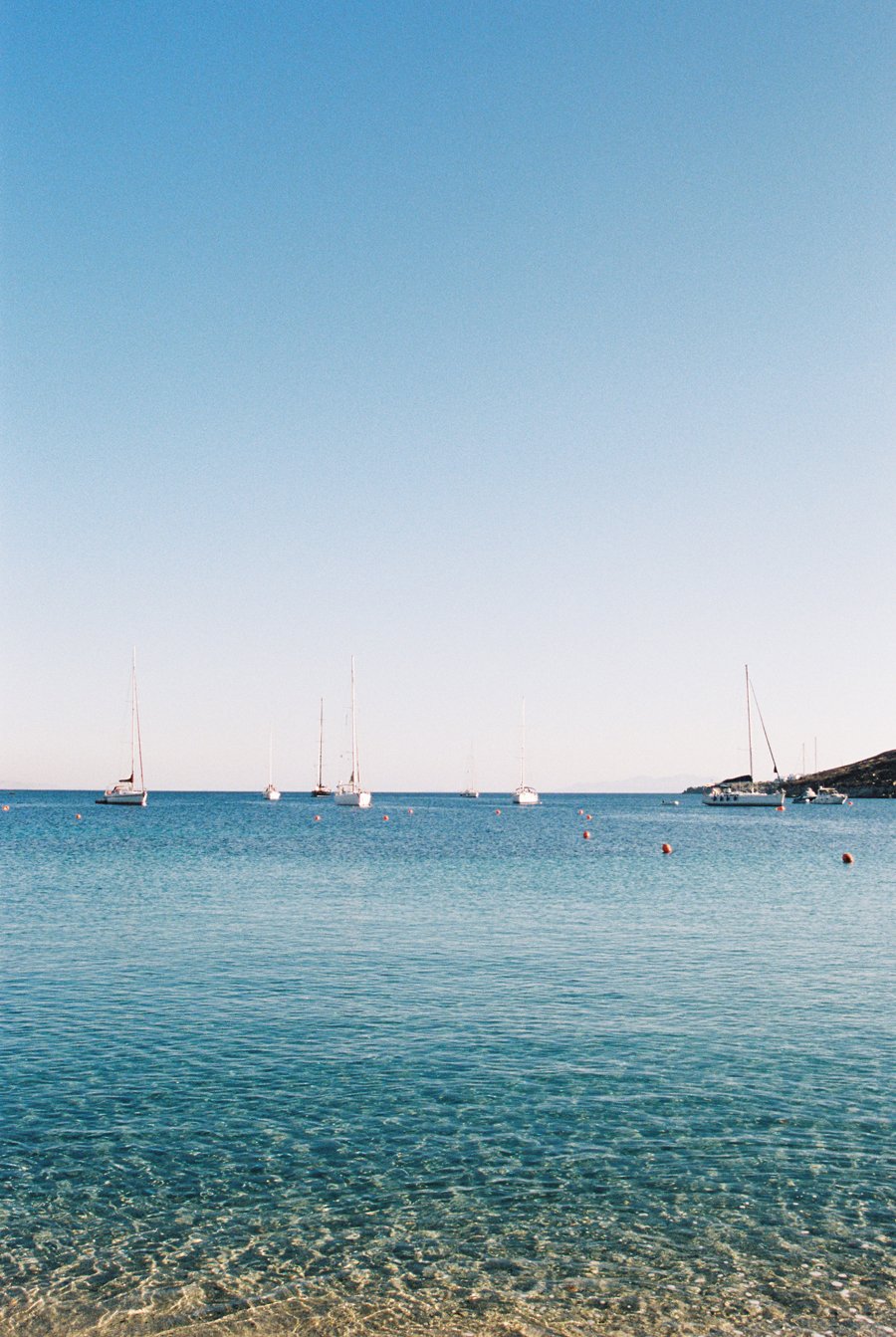 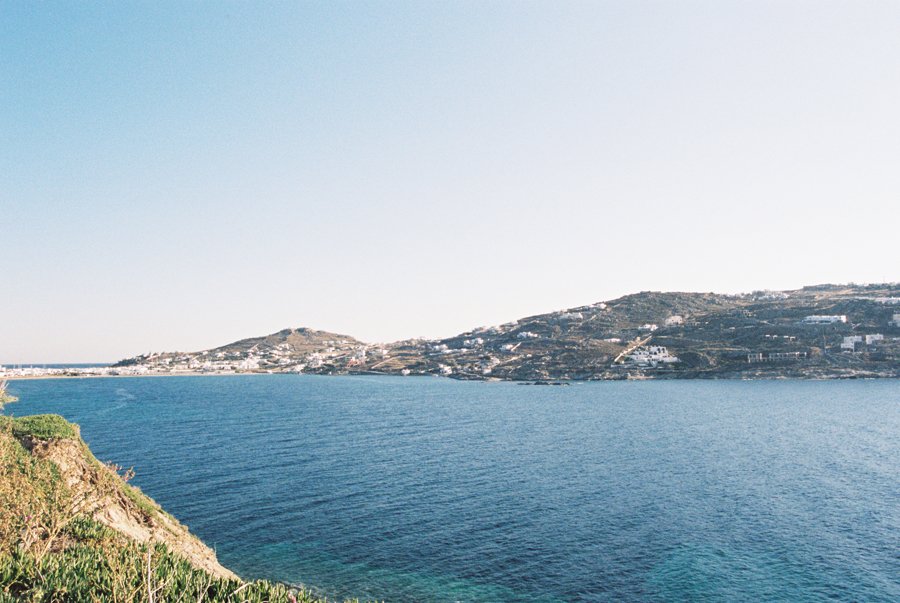 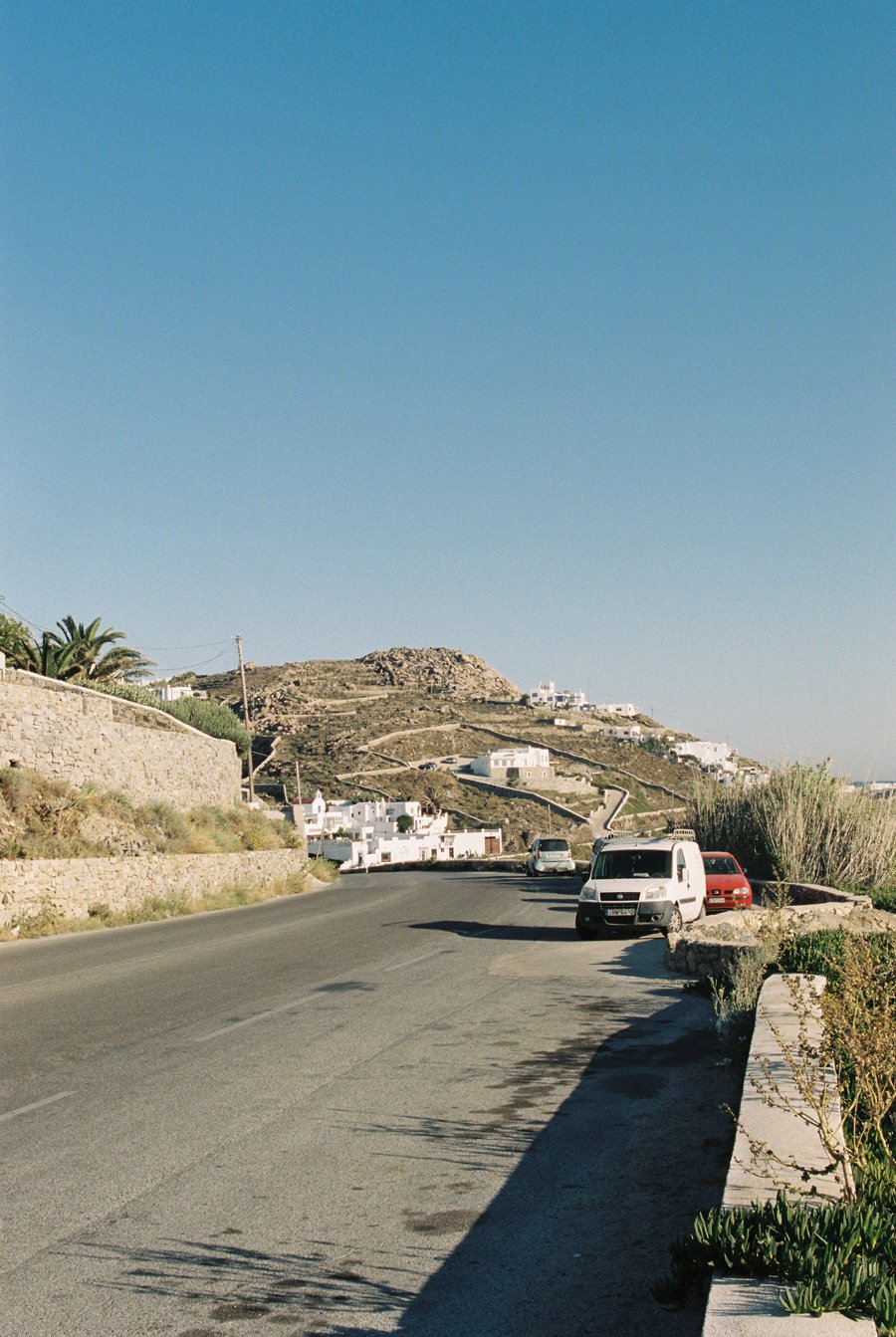 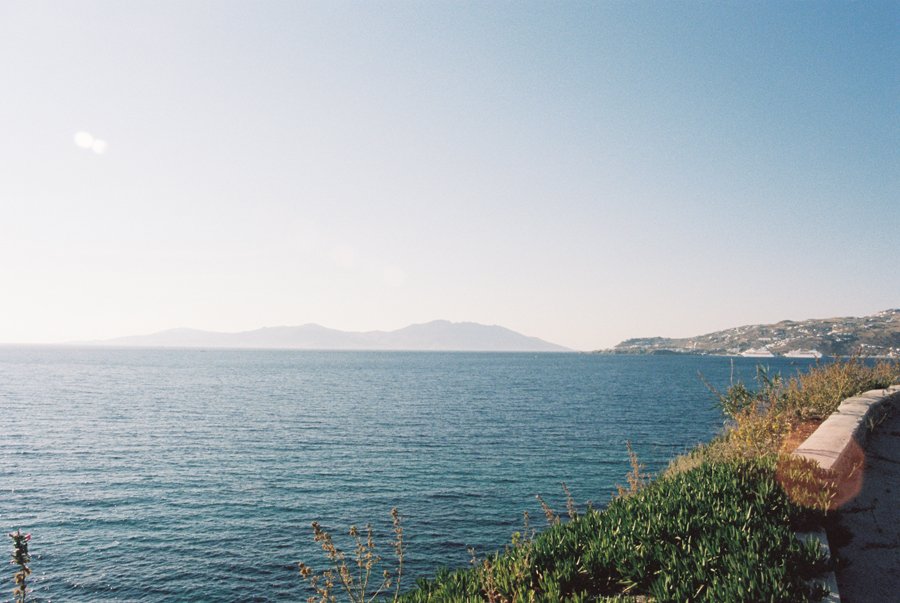 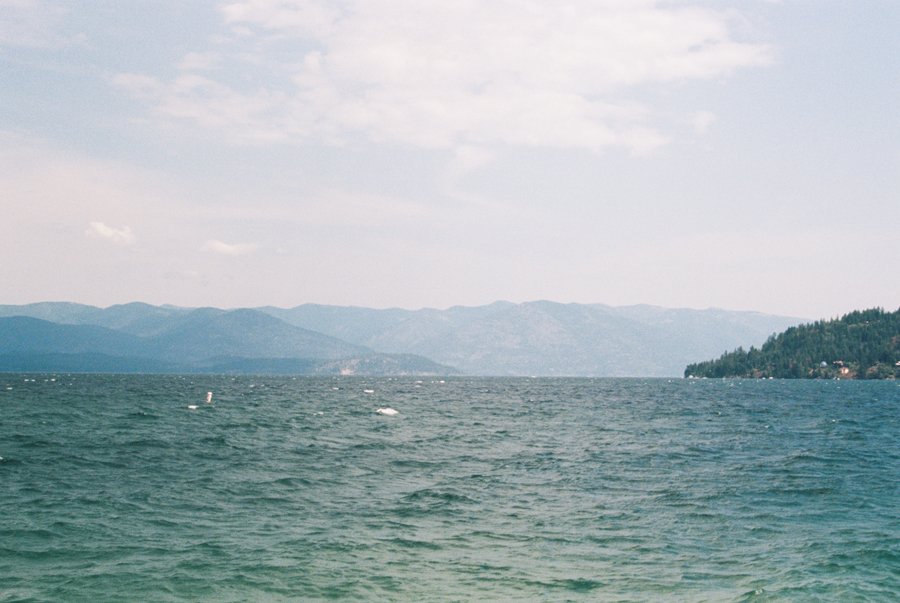 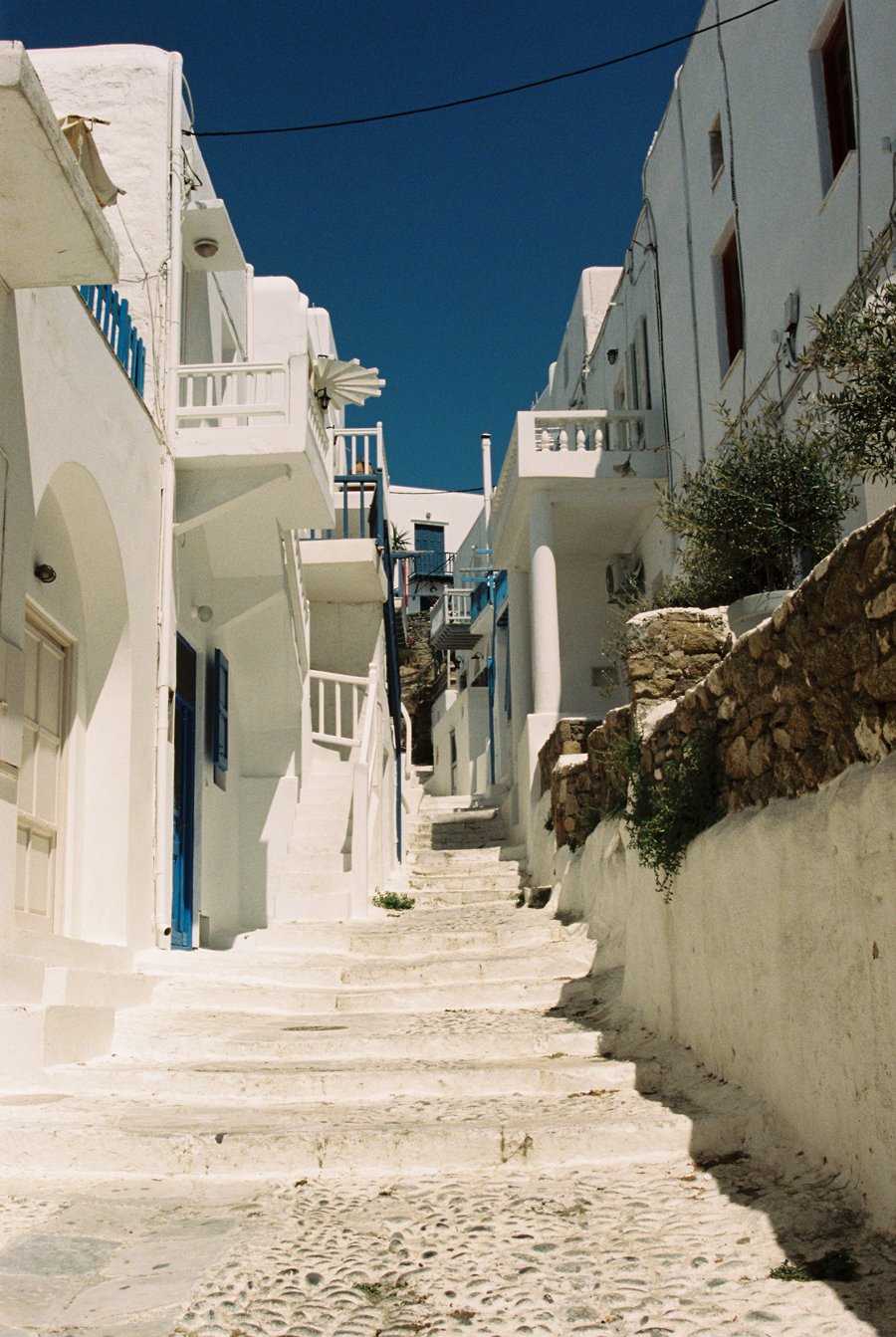 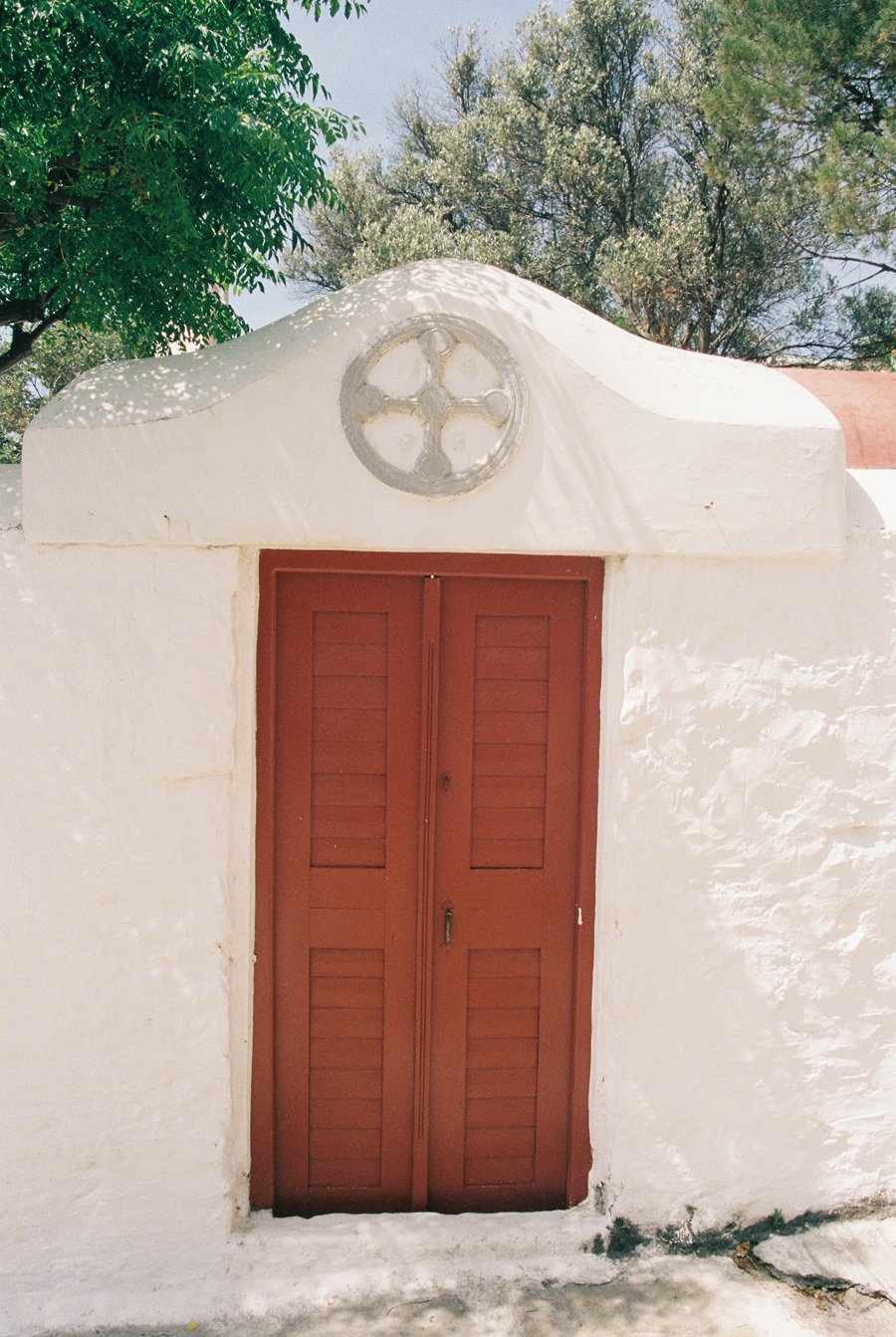 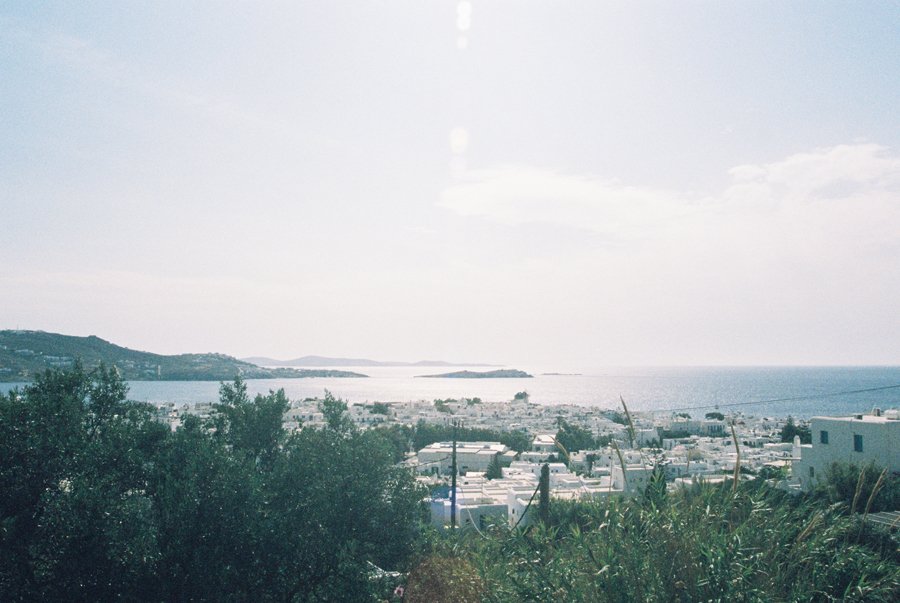 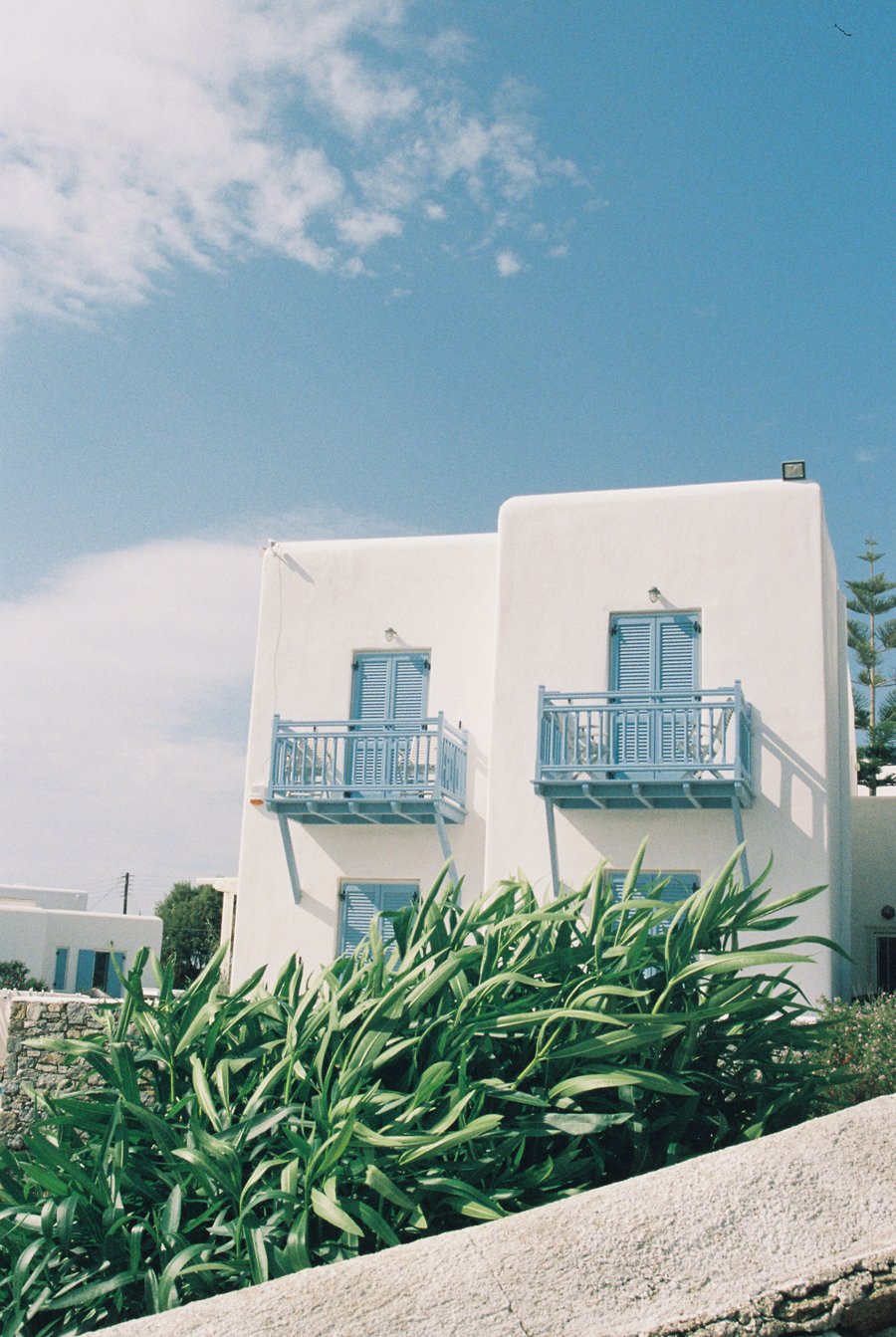 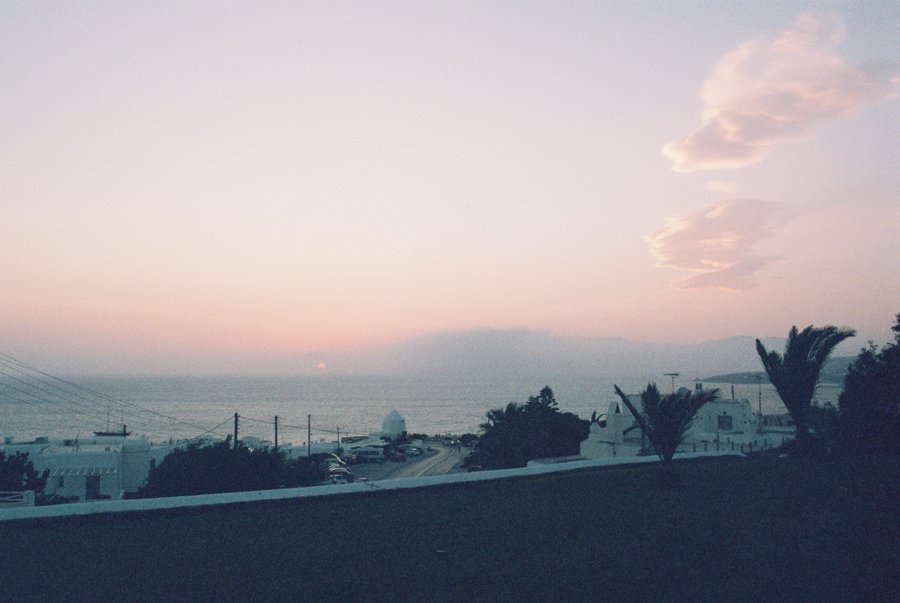 All photos shot on my Nikon FG-20 with Portra 160, 400, and 800. Prints from this post, and other images from Greece, are available for purchase.