One of my goals for 2016 was to be more diligent in posting these recap posts, because I felt like each month was just flying past in a blur. I’m sure it’s only going to get crazier when baby Wenzel arrives this month!

We packed a lot of stuff into October and November. Once I ended my wedding season in September, I still had a bunch of editing and family sessions to do in October, plus we were working on the nursery like crazy. You guys, it’s almost done and I’m really hoping to share it with you very, very soon!!

October, oh October. You were full of rain. It was the rainiest month every recorded in Spokane, and I’ve lived through a couple rainy spring months in this town. Even my dog was sick of the rain (you can see how bored he was a few photos down)! He got to the point where he would pout at the window, because he didn’t want to go out in the rain. I didn’t blame him. I never track my fitbit data like I should, but I bet my October was super lazy, because neither of us wanted to go for walks. On the other hand, the weather was still warm enough for me to enjoy my favorite lunch – toast. I happened to score a perfectly ripe avocado, and after a bunch of disappointing ones, had to document that joy. The other slice is covered in cream cheese and homemade plum butter.

Baby Wenzel’s upcoming arrival also gave me the chance to order some new thank you cards, so I designed these simple little ones. I’ve been sending out a lot of them lately! This blanket, from a past bride, and these books, from my cousin, were some of the first gifts to arrive. I’m pretty sure I owe my postman a large plate of Christmas cookies this year, because he’s been delivering quite a few packages this fall!

I’ve been following Luisa on Instagram for ages, and it’s always been a double edged sword. I love seeing images of her life in Berlin, but it’s like looking into an alternate reality where we lived in Germany instead of the US. However, I was extremely thrilled when she announced her new cookbook, and H and I were both looking forward to the day it arrived. In fact, I had a streuselkuchen in the oven mere hours after its’ arrival! We’ve only made a few recipes so far, but it has earned a place on my cookbook shelf for good. I even used her streusel topping instead of my normal pie topping this Thanksgiving, and it got rave reviews!

We finished off the month of October with the last of my mini sessions at Cannon Hill Park, and Halloween. We didn’t have nearly as many trick or treaters this year (I blame the rain and it being a Monday), so I ended up with tons of extra candy…and ate most of it myself. Oh boy. But at least our costumes were amazing this year! 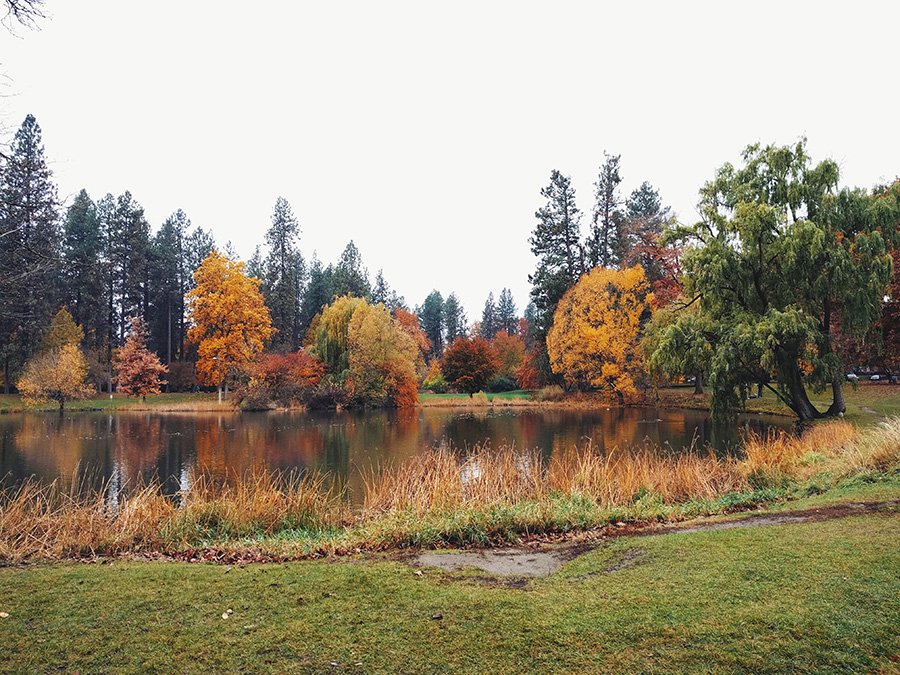 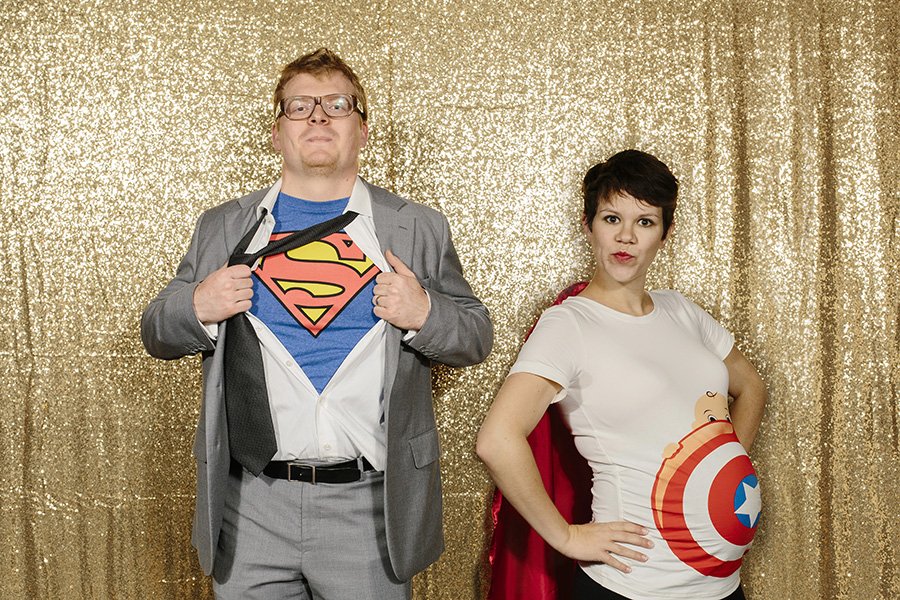 November arrived and all of a sudden, most of my clothing didn’t fit anymore and I was scrambling to find a winter coat. I’ve been doing pretty good about going to yoga every week, and I can’t tell you how much I love my Sunday prenatal class at South Perry Yoga. But a couple weeks ago, I had to stop on my walk home, because even though I’ve seen this belly every single day, I’m still surprised sometimes by my reflection. When we went to my parents’ house for Thanksgiving, we ended up coming up with a lot of gifts for baby Wenzel, and Shadow got to sleep on the back seat. He was pretty thrilled, and slept the whole way home. 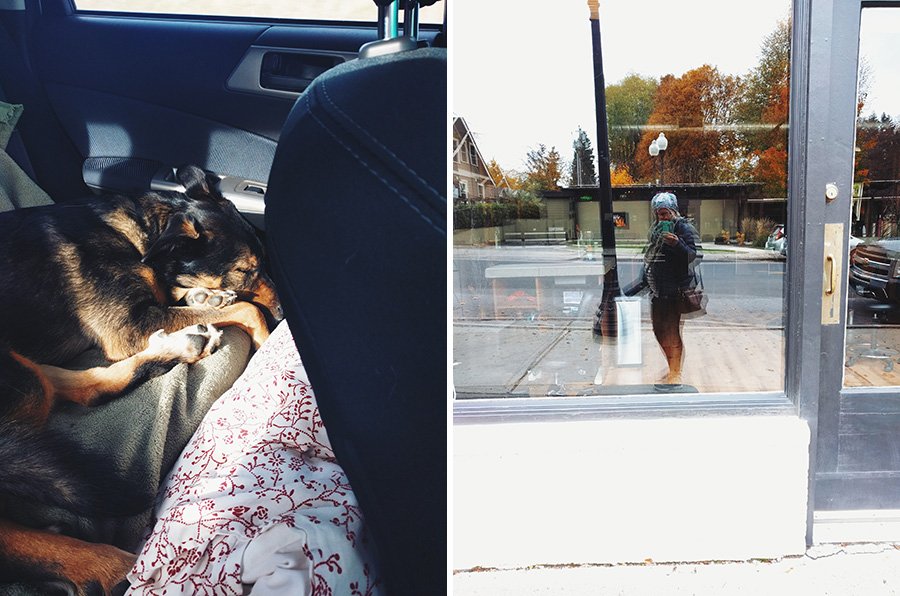 It’s been great to see how much better Shadow is doing with this round of home renovation. Last year, we couldn’t do any work without him having to be in his crate. Now, he does a pretty good job of hanging out nearby, although sometimes he has to come in and lay down and let us know how boring we are, haha!

Slightly related: we ordered a few things for the nursery, and Amazon sent them to me in this giant box. Lola loves boxes, and hid inside this one. Shadow kept trying to find her in the box, and she would bat at his nose with her paws to keep him out, which provided me with a good half hour of entertainment before he figured out how to open the box enough to see her without getting smacked. 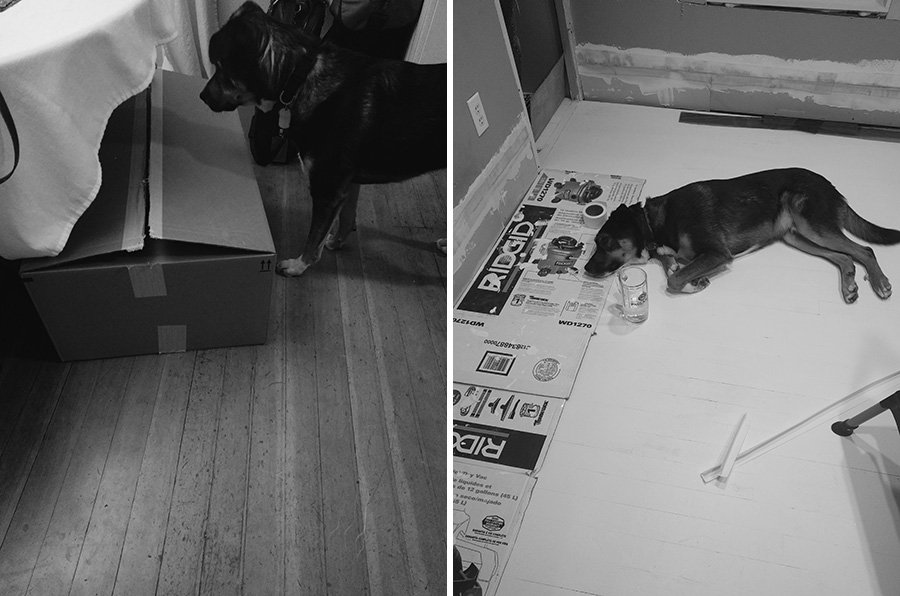 And that was October & November…I really need to take more photos of Lola, but she’s been a bit cranky with me, since she doesn’t fit in my lap very well anymore, and has preferred H to me. What did you do in October or November?