March flew by in a haze of sickness for the first half of the month, and then in the struggle of recovering from it in the second half. Whew. Last weekend we got outside and got some spring work done on the house for the first time since fall, and the fresh spring air felt amazing.

The month started off with me crying about vet bills. Well, okay, me drinking lots of wine to cope with vet bills after we took Shadow in to the emergency vet because he had kennel cough (read: puppy cold) and then took shifts for the next three days as he coughed so hard he threw up nearly 24/7 (read: I know know how people with small children feel). The next week I took Lola in for her annual kitty check up and we had to run crazy blood tests. She’s fine, but we had a scare and now I feel broke. I’ve informed our pets that they need to stay healthy for at least 6 months, because I can’t handle too many more vet bills.

Bonus: the walk-in vet in Spokane happens to be next to this random rock with a decent view of downtown Spokane. Since Shadow wasn’t supposed to socialize with other pets, we hung out up here for most of the time.

The only exception to my no-Tv-during-Lent rule was college basketball. So, basically all Gonzaga games and then March Madness. In a surprising twist, I won the bracket challenge I was part of (winning prize: bragging rights). That’s the first time I’ve had a team correct in the final, much less won the final or a bracket! 🙂

I also had the chance to tour a great new place in Spokane that is being renovated, check out these tile floors!! One of the greatest perks of my job is getting to tour all these great spaces in Spokane.

In the midst of all the crazy vet bills, we also pulled the trigger on something we’d be saving up for: a new car. We’ve officially gone over to the dark side, and I am in love. This baby is a dream, and as a bonus, we have a car that our poor pup fits in.

I popped over to Gonzaga the other day to chat with a few of my old mentors, and it felt so good to be back. One of the many, many, things I love about GU is that I can stop in and chat with my old professors and mentors to get advice, even though I graduated nearly 6 years ago. It’s nice to know that the community extends for years afterwards. I don’t know many schools where you can drop by and catch up with old professors, and get advice from them on what you’re currently working on! 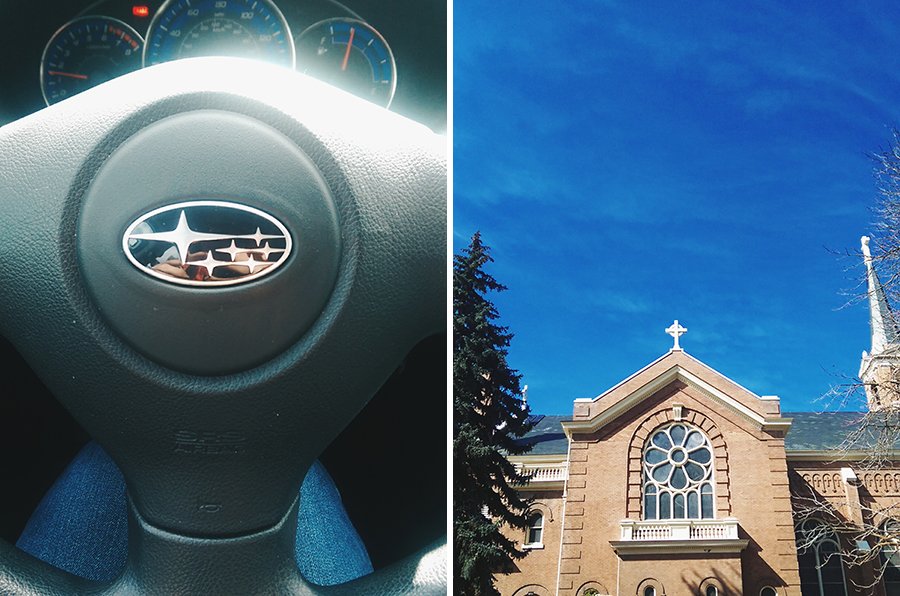 And, that was March! Easter was low-key, and we have been working on some spring cleaning and trying to finish – and start – a bunch of projects around the house before wedding season really ramps up again…which means finally blogging the last of my weddings from 2015. Oops.

What did you do in March?