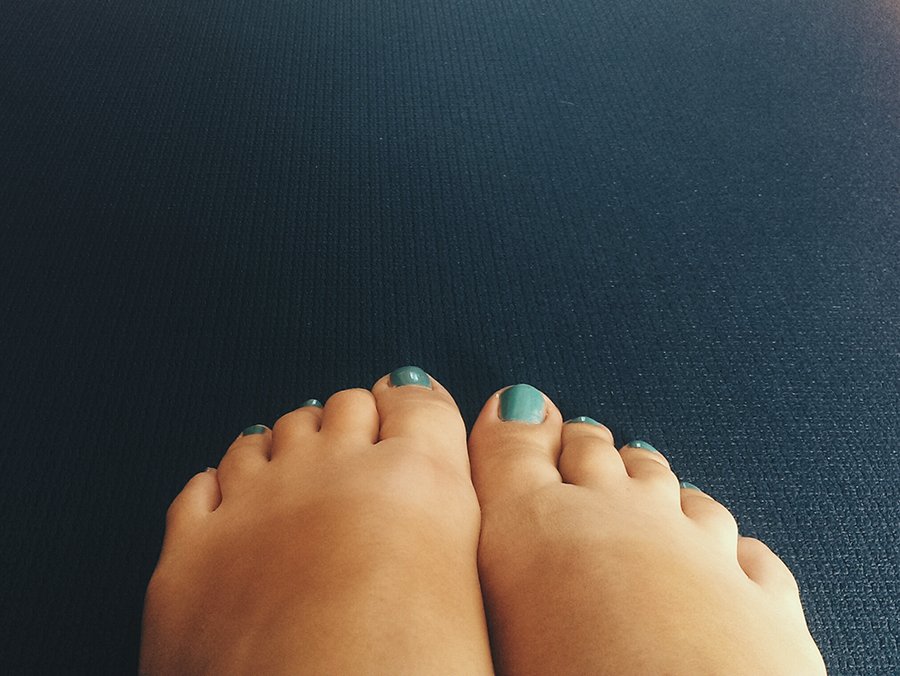 Monday at noon, this is my view. At least twice a week, I walk away from my computer, grab my mat and go to yoga. I fold myself into poses and marvel at the progress I’ve made. Sometimes it’s a noon power class, where I swear I’m going to collapse if I have to do one more vinyasa. Sometimes it’s an evening flow class where I leave feeling both relaxed and energized. Either way, this is my view. This is my time. When I can’t make it to the gym, I roll my mat out in my living room. It’s like a drug in my system. I crave the zen.

How did this start? In April, I had a moment of clarity. Sitting on a park bench in the rain, I realized that I was stressed, I was tired, and I was empty. I had nothing left in me to give – even to myself – because I hadn’t taken anything in. I was sore, I was stiff, and I was in pain. I was on the road to burn out because I wasn’t taking care of myself.

Thinking it over, I figured, the least I could do was go to yoga and get some stretching in. So I did. Once, then twice that week. I was sore, but it felt good. And while I’ve been an on-and-off yogi for the better part of 10 years, it has been years since I’ve regularly practiced. And at the end of practice, just a few days after that rainy moment of clarity, I sat down to meditate. I knew I needed to do this more often. So I did. Since that week in April, I have practiced yoga at least twice a week at a studio, and often at home in between, on those days when I can’t make classes.

At first, I bribed myself. Doing yoga twice a week became a reason for me to get a new yoga mat. And after four weeks, I did that. It’s the most amazing yoga mat ever, and I love it. H finds it hilarious that, without meaning to, I picked a mat made in Germany.

But it’s been almost four months, and I haven’t really bribed myself since. I’ve gone to slow yoga, power yoga, restoration yoga, vinyasa flow, and more. I’ve done most every kind of yoga offered at my gym. Have a lost weight? No. But I’ve got some killer muscles and much better posture. I can touch my toes, and I am more toned. I’ve got muscles in my arms, and nailed crow pose for the first time recently. 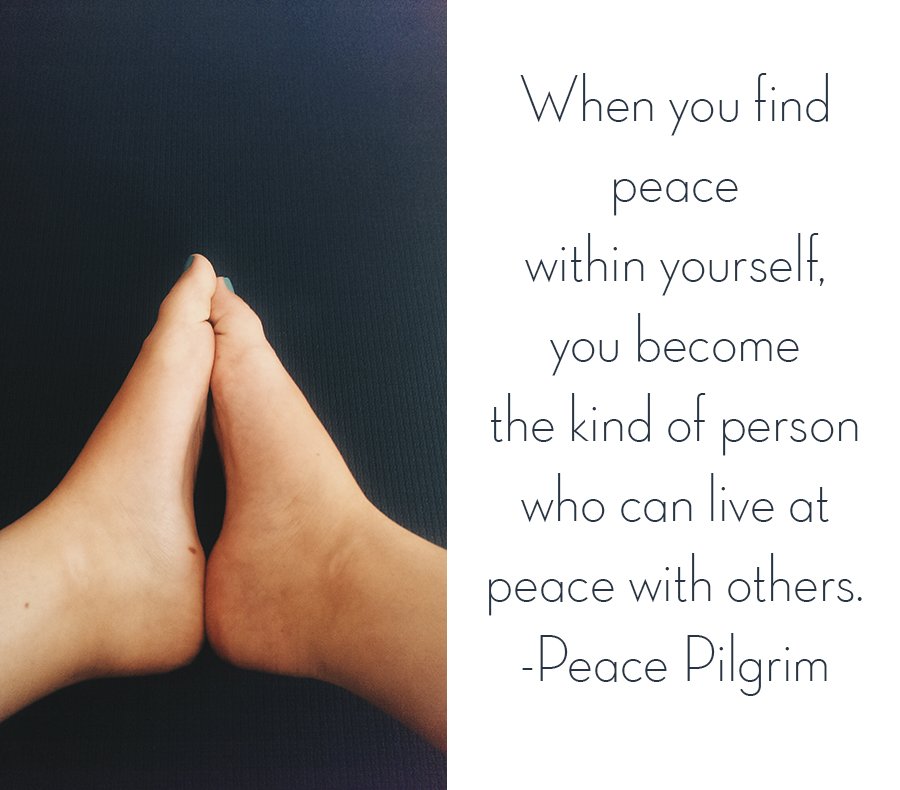 I’ve gone to yoga because I can’t go without it. In fact, as I write this, it’s been a couple days since I’ve done yoga and I’m missing the clarity a good practice brings me. I’ve gone to yoga because I find peace, and to recognize my own strength. And more than that, I’ve found a community, friends in my teachers and classmates, and myself. I’ve got muscles, thanks to power yoga. I’ve got peace, thanks to meditation. And rarely have I felt like I was adrift in the past few months. I’ve felt strong and centered.

Oh, I’ve been stressed, and worried, and even angry. But going to yoga has taught me to let go. It has taught me that there is strength in letting go, just like there is strength in hanging on. And that letting go is not failing, not when letting go keeps you centered. There is a moment in almost every practice when I’ve pushed myself to the limit and all of a sudden, it’s just clarity. There is just me and the mat and the pose. Nothing else matters.

In the past few months, I’ve let go of a lot of things — the stress, the worry, the friends who don’t call back — and in return, I’ve gained immeasurable peace. I’ve gained strength. I’ve gained focus. Something I wish I’d had during wedding planning. [Hey brides, try yoga!]

Next week, I’ll be out of the office all week. I’ll be on vacation with my family, and then shooting a wedding out of state. I’m really looking forward to the time away, but I’m also sad. It’ll be the first week in almost 4 months that I won’t have my yoga studio. So I’ll take my mat on the road and do yoga on the deck, by the river. And surrounded by the natural beauty, I don’t think I’ll miss my studio too much.

Photos taken with my HTC ONE and edited with VSCOcam for Android, using the new HypeBeast presets.