2013 flew past me in the blink of an eye. Back in high school, someone told me that the years go by faster as you get older. I’m not sure if that’s true overall, or if it was just true for 2013, but I felt like the year was gone in the blink of an eye. Starting the business was a big part of my year. It was the source of my most triumphant moments, as well as a player in the lowest moments too. I struggled with finding validation. With understanding that I can’t measure my worth — my personal worth — by whether people want to book me or not (but I can measure the success of my business by that metric), my outlook changed. I feel like, as a whole, my business did well in 2013. But, as always, there’s room for improvement. Late in the year, I confessed that I got a job in retail, only to leave that job a few short months later (which I hadn’t talked about yet), but I learned so much from those short months. However, I’m happy to be only self-employed again. Really. If anything, working for a retail giant confirmed the thought that this business is where I want to concentrate my attention.

Midway through the year, we picked up everything and moved to Spokane on very short notice. The big move could have been a big mistake. I was terrified that we would have moved, only to regret it a few months later. But it’s felt so right. Deep down, I know that this was the right move, not just for the business, but for us. We’ve been so much happier since the move. H loves his new job, I love all the sunshine. We both enjoy the better weather (there are so many seasons here!) and the lack of traffic. I wish there was more snow on the ground (come on, Spokane!), but I’m so thankful to be part of a great photographer and wedding community here. There is a sense of belonging that I never found in Seattle, as much as I loved it there. It just feels right. Although, I think there needs to be an IKEA in the area. I miss cheap meatballs! 😉

I only met about half my 2013 business goals. So last week, I really sat down and looked at them. Some of them were laughable. Totally unreachable. And then I made goals for 2014. This year, I’m not making crazy big goals (that was a problem last year). This year, it’s all about SMART goals: specific, measurable, attainable, relevant, & time-bound. For example, one of my goals? To visit a new Spokane area venue each month. Another is to shoot 5 rolls of film this year, because I miss shooting film. I’m still working on fleshing out the last of my goals, but I hope to have 10 of them for the year. Small goals that are going to be building blocks for a better business.

You don’t always need a plan. Sometimes you just need to breathe. trust. let go. and see what happens. — Unknown 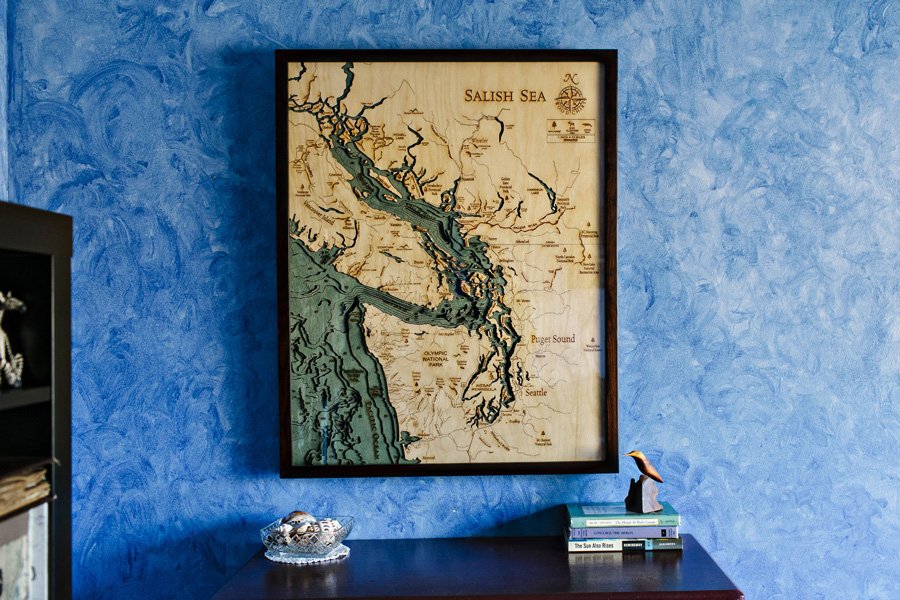 I shot this image a couple months ago for a fantastic company, Below the Boat. One of my goals last year was to challenge myself as a photographer. So I’ve been doing some product photography. Below the Boat sells these fantastic charts, and some of my work is already up on their site. I’m more than a little in love with these beauties.