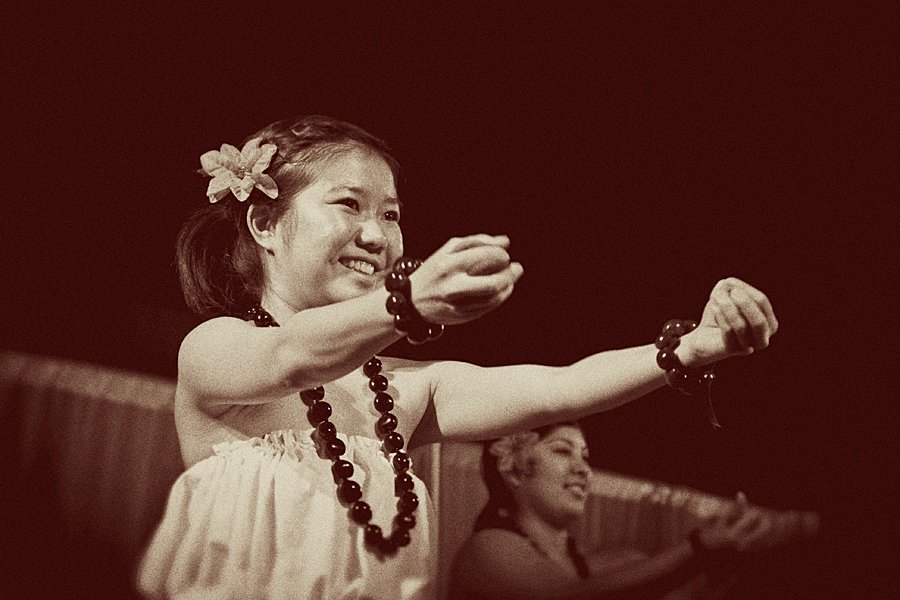 A Hawaiian Evening in Spokane

Back in March, I had the chance to shoot the HPIC (Hawaiian Pacific Islanders Club) Luau. It was the 41st annual luau at Gonzaga, and I am proud to say that I have been at the past three of them. As usual, I had a blast working with HPIC and I loved every minute of it! Even though the Luau doesn’t start until 6pm, many members of HPIC and the other multicultural clubs on campus – such as FASU and ISU – donate their time to help get the whole thing up and running. When I came by in the morning, the dancers were doing a final rehearsal and a multitude of other people were helping cook food back in the kitchens. The Luau is much more than just a show. At 6pm, the doors open, and the lines are usually long. The tables have been set, and people are served delicious Hawaiian food that I can’t even try to pronounce but I love every bite of it!Each year, the luau has a country store and some fun games that they play with the crowd. The MCs ask questions about Hawaii, give out prizes, and people eat a lot of food. Then, the dancing starts. Since the Luau is all about having fun, the first dance this year was a Tahitian dance, and the dancers then invited some audience members up on stage to try it out. After this, the dancing – and the stories that accompany each dance – begin. This is my favorite part, because for a while, I am no longer sitting on the floor of a gym at Gonzaga University, but I am off in Hawaii, a place I dream of visiting someday. 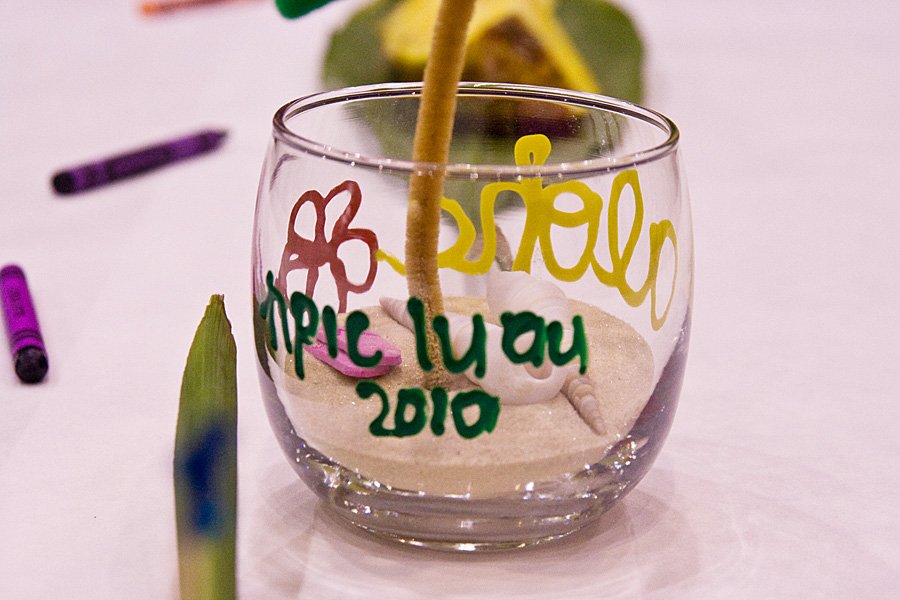 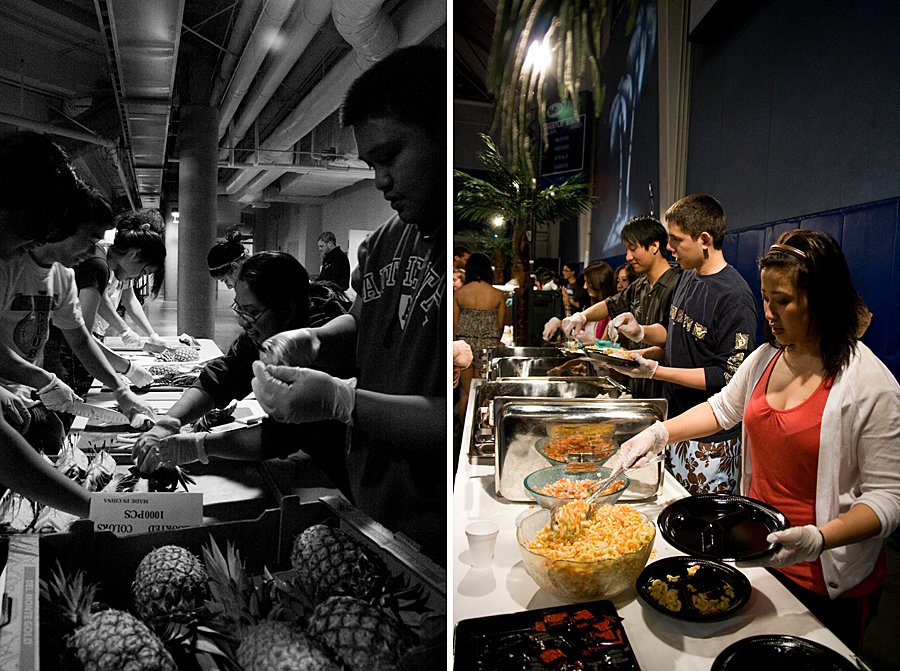 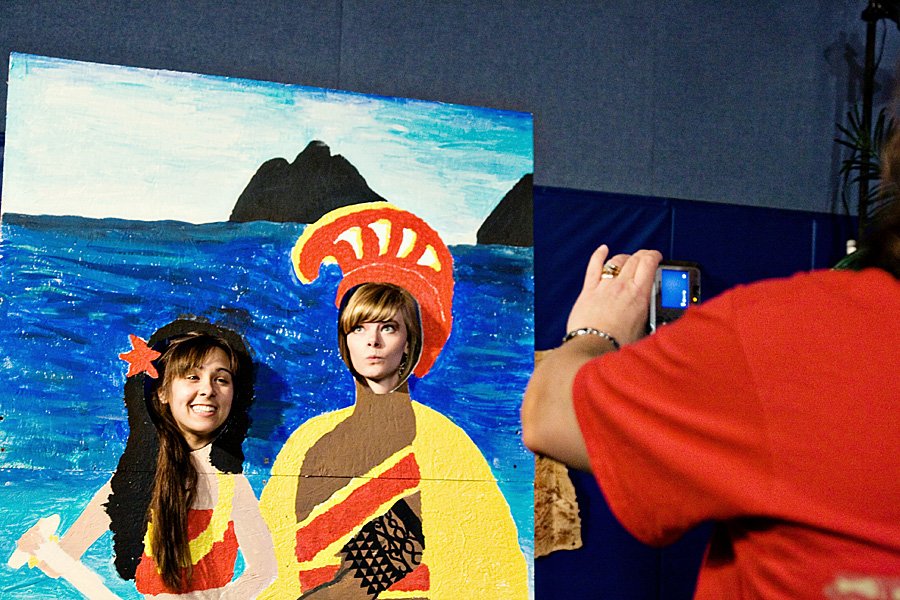 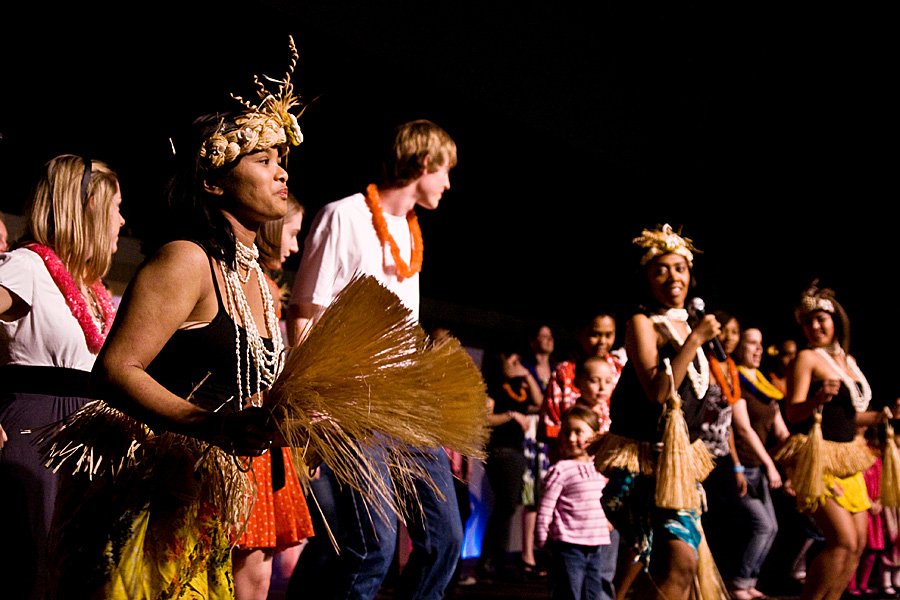 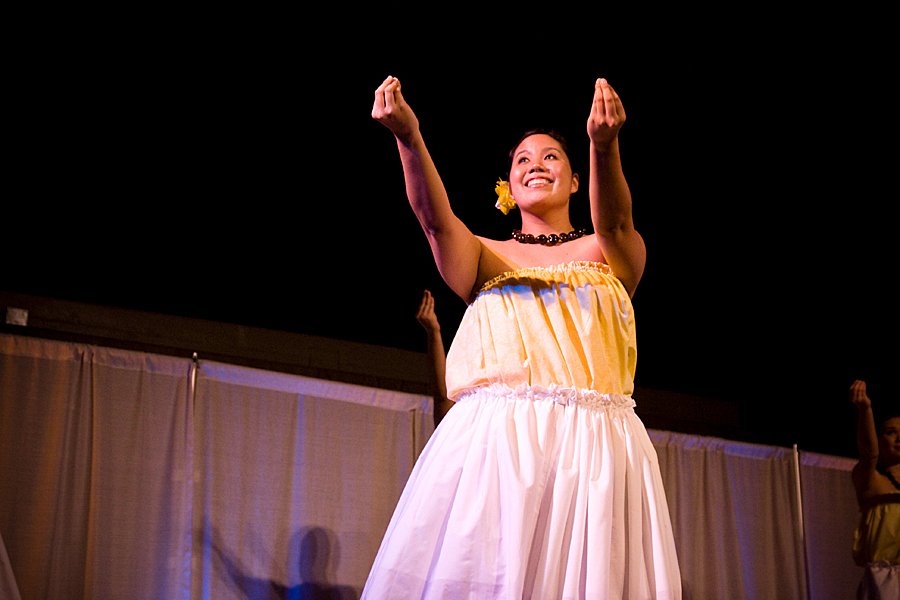 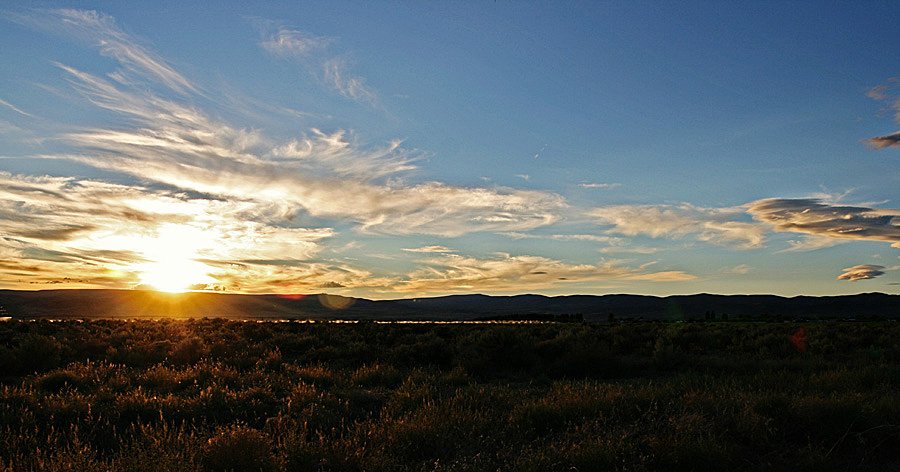 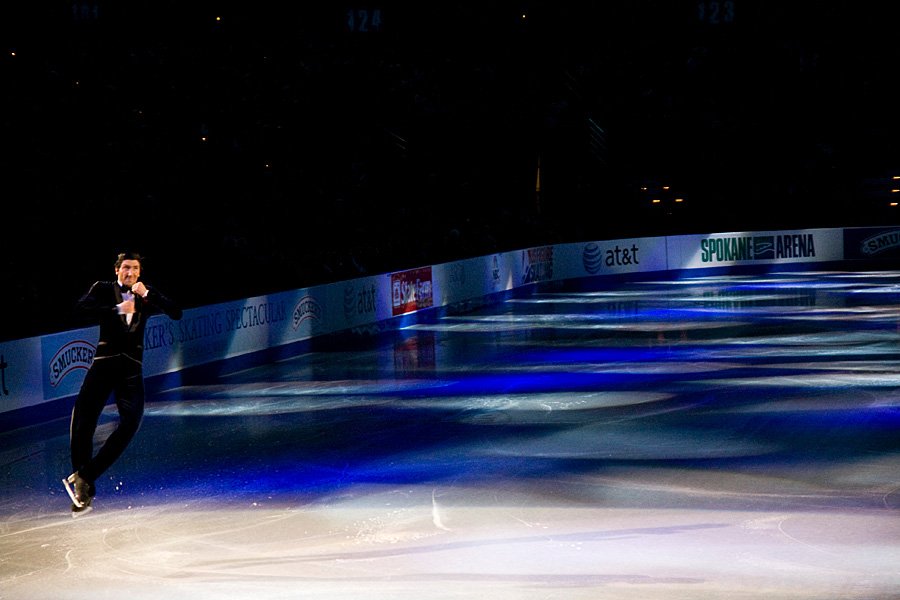 In January, I scored 4 tickets to the exhibition show of the US Figure Skating Nationals, and we were mere rows from the ice. Sweet! I was able to snag a good shot of Evan Lysacek, who would win the Men’s Figure Skating Olympic Gold Medal less than a month later. No Big Deal, right? 🙂

the taste of rain in the morning. the smell of fall.

lots and lots of hugs.

hot tea in the morning. iced in the afternoon.

the past. the future. this moment.

Sometimes a photo can’t sum it all up, but neither can these words. I just want to soak up my last fall at Gonzaga, before winter comes. Before spring when we all go our own ways. 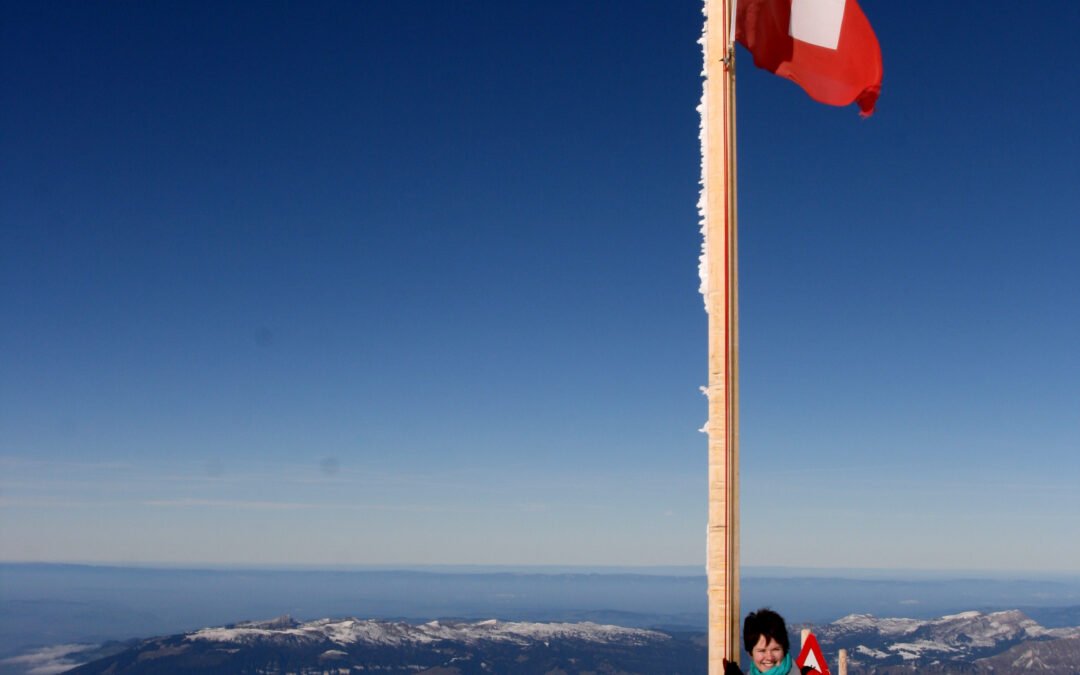 I’ve been putting off talking about Switzerland, because, well, it’s hard to describe. We took a night train from Prague on Thursday, and I awoke somewhere between Mannheim in Germany and Basel in Switzerland, and saw beautiful blue skies (Prague had been pretty cloudy, so we were worried about the weather) and nice fall colors (we were farther south than Prague, so it wasn’t as cold). We caught a connecting train from Basel’s Swiss station and after 2 hours of winding up the mountains – and my ears popping – we were in Interlaken. Interlaken has an average population of 5,000 and it’s at the base of the Jungfrau mountains, between two lakes. It’s a charming little village and the adorably Swissness of it brought a smile to my face.

Friday we walked around Interlaken, just taking in the city. Grabbed some groceries and made dinner at the hostel’s kitchen. Did some shopping, and somehow resisted buying a cowbell but caved and bought a Swiss Army Knife and some other stuff like chocolate. We spent the rest of the evening hanging out in the TV room of our hostel with a couple other cool kids watching movies.

Saturday we got an early start. As in, my alarm went off at 5:30, and I stumbled out of bed and into a hot shower before putting on about 5 layers of clothing. Saturday was, in a word, amazing. We took a train up to the highest train station in Europe – Jungfraujoch. We climbed something like 4,000 meters in elevation. It was funny, because Friday had been cloudy, so Jean and I didn’t notice that there was a visible snow line. But Saturday morning as we headed up (and watched the sun rise) you could see the line. And then, all of a sudden, the frost on the ground turned into a light snow. And got deeper and deeper and deeper. And all of sudden, you’re in the middle of the Alps.

And the sun is shinning, and the air is clear, and the sky is so blue. And except for the voices of the people you’re with, it’s so quiet. And it’s breathtaking, and even though the snow glare makes you want to close your eyes, you can’t help but be wide-eyed and take it all in. After we’d explored, sent some postcards, and headed home, we went for dinner. We had Roesti (think hash browns, but not exactly. And with meat and cheese, and better) and chocolate fondue for dinner. And crashed.

Sunday was the day I’d been looking forward to. We got a much later start, but took a couple trains to a small town called Innertkirchen (where the cows roamed in a nice big field next to the train station). From there we hiked a kilometer or so up the hill to a practically non-existent, and barely marked place called “Pfengli” where my great-grandma grew up. And even though we had to hurry – since the sun sets early where you’re between 2 mountains – we did take time to just look around, snap some pictures, and drink from a true alpine spring. By the end of the day, we were beat. We had some cheese fondue, admired the town of Interlaken some more, and then headed to bed.

Monday we said a sad goodbye to Switzerland and spent the day chaotically taking trains back to Prague. Neither of us wanted to leave, and both of us have vowed to go back. Personally, I think that no European adventure could be complete without a trip to Switzerland. It was the most expensive trip I took, but I don’t regret it in the least.

Thanksgiving is Thursday, and studying abroad makes you realize all the things (both big and small) that you’re thankful for. So, here’s a small list of things that I’m thankful for, and some things are serious, some are not so serious, but I really am thankful for all of them.

10 Things I’m Thankful For: The 2008 Edition
1. My Family: Not just my biological family(whom I love – even when they drive me crazy!), but those people who over time have become my family, who have embraced me as a sister, a daughter, a friend. These are the people who make my life worth living, the people on my speed-dial – if you will – and the people I miss dearly. I’d list them all, but it’d be too long a list. They have given me everything: a shoulder to cry on, undying support, and constant love. My family, my friends, and my boyfriend. They would do anything from me, and I would be lost without them, and without…
2. My Faith and Dreams: When I think back on the past year, I am (first off) in awe of all the things that have happened and (secondly) grateful. They have been good and bad, but through it all I’ve learned that I have a deeper and stronger faith than I knew – which a year ago, I’d all but lost. And now, living 5,000 miles from home, it’s my faith that keeps me from total homesickness and insanity. As for my dreams, I think it’s our dreams and aspirations which make us push for things in life. Lately, I’ve been mulling over my dreams and contemplating the future. I’ve been blessed to fulfill so many of my dreams already, and to have people around me who encourage me to follow my dreams.
3. Hugs & Smiles: Something I miss right now, because it seems that Czechs don’t exactly hug or smile. But I love hugs, and I am thankful for friends who hug me for no reason. I’m thankful for the smiles that brighten my day, and the warmth and compassion that smiles convey. Actions do speak louder than words.
4. This Semester: It hasn’t been easy. Rarely a day goes by when I don’t miss home to some degree, but I am thankful for it. Having a second chance to study abroad, and to see the Czech Republic through older and more experienced eyes has been an experience in itself. I’ve learned things about Europe and CZ that I never noticed before. To learn – and not just in class – what the world is trying to teach me, is a great gift.
5. Photography: Without my photography, I’d be lost. It’s a challenge, a job, a dream, a passion, and a way to show the world what I see.
6. The rain that is almost snow outside my window: I’m hoping for a beautiful white Christmas.
7. The Internet & Skype: Being 5,000 miles from home, I am ever so thankful for the technology that allows me to hear and see the people I love.
8. Letters: While instant communication is great, I’m thankful for being able to send postcards and receive letters. It’s nice to have something tangible in my hands, however “old-fashioned” it may be.
9. The Rise of the Dollar: I am very thankful that the dollar is strong so that I can afford to eat and live here right now.
10. My Health: Besides the cold I’ve had for the past few days, I’ve been fairly healthy lately, and I’m glad to be over all the sickness I had last year.